FIFA to probe claims of irregular betting patterns in Turkey 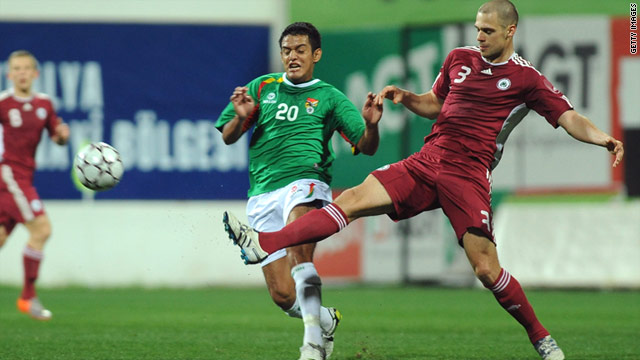 Bolivia beat Latvia 2-1 in the resort of Antalya hours before Bulgaria and Estonia played out a 2-2 draw on the same ground. All the goals scored came from the penalty spot.

"We can confirm that FIFA has requested the match report from the federations," a FIFA spokesperson told CNN.

"At the moment we don't have much more information. We can only say we have started an investigation and we require the reports from all federations."

Spokesman Mihkel Uiboleht said last Thursday that his Estonian Football Association had been informed about "possible manipulation" after the matches.

"The friendly was organized by an agency with whom we will not work any more," he said in quotes reported by the UK Press Association.

"We received information of possible manipulation even before the game as the same agency also organized the match between Latvia and Bolivia and there was the same scenario there."