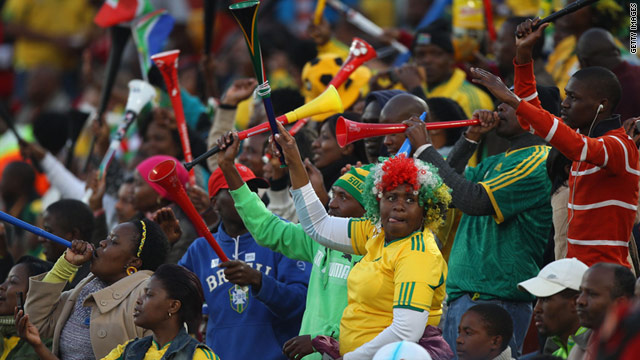 (CNN) -- FIFA have confirmed they made $3.655 billion from the World Cup in South Africa, after the organization announced buoyant financial figures between 2007 and 2010.

President Sepp Blatter said that the figures proved it was the right decision to award the 2010 tournament to South Africa, despite fears that hosting the biggest event in football on the continent was a financial risk.

"I am the happiest man to announce that the World Cup in South Africa was a huge, huge financial success for everybody -- for Africa for South Africa, for FIFA," Blatter told reporters after a meeting of the executive committee of football's world governing body in Zurich on Thursday.

"For the first time in FIFA's four-year accounts we are over four billion dollars," the Swiss added.

Deputy secretary general and finance chief Markus Kattner confirmed that FIFA earned $4.189 billion over the last four years -- 87% of which came from the 2010 World Cup.

The World Cup was a huge, huge financial success for everybody, for Africa for South Africa, for FIFA
--Sepp Blatter
RELATED TOPICS

Kattner said that the the bulk of the organization's earnings came from the sale of broadcasting rights and marketing or sponsorship contracts from the tournament.

However, as a non-profit organization under Swiss law, the $631 million surplus raised by FIFA in 2010 will be distributed among footballing nations to be re-invested back into the game.

Meanwhile, Blatter also said that he expected to be unchallenged for a fourth term as FIFA president when elections take place in June this year.

This is despite American Sports Illustrated journalist Grant Wahl having stated his intention to challenge Blatter. Mohammed Bin Hammam, president of the Asian Football Confederation, is also expected to run.

Blatter has been president of FIFA since 1998 and was recently criticized over his handling over the World Cup cash-for-votes scandal.

"There was not one single approach as long as I am informed for candidates for the future," the 72-year-old, who revealed he he had received nomination for his own candidature from the Somalia Football Federation on Thursday.