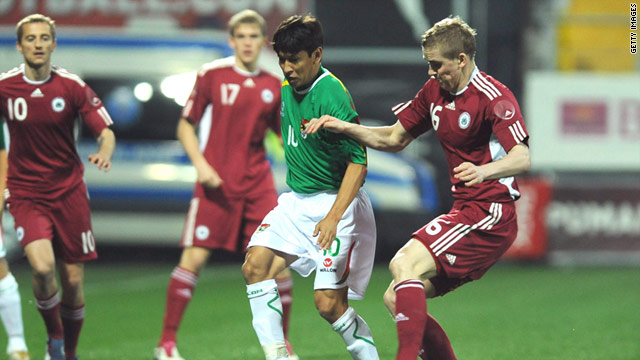 The games under suspicion are Bulgaria against Estonia and Latvia against Bolivia, two friendlies which took place last month.

Football's world governing body was alerted after unusual betting patterns on the two games, which were both held at the Turkish resort of Antalya.

It continued: "The proceedings were opened following an evaluation of all documentation and information received by FIFA, in relation to a possible match-fixing situation in these matches.

"The FIFA Disciplinary Committee will be in charge to deal with the matter."

Latvia beat Bolivia 2-1 before Bulgaria and Estonia played out a 2-2 draw, with all seven goals coming from the penalty spot.

At the time, Estonian Football Association spokesman Mihkel Uiboleht admitted there had been concern about the matches.

He told CNN: "The friendly was organized by an agency with whom we will not work any more.

"We received information of possible manipulation even before the game as the same agency also organized the match between Latvia and Bolivia and there was the same scenario there."

FIFA has demanded a detailed report on the matches from both the Bulgarian and Estonian football federations.