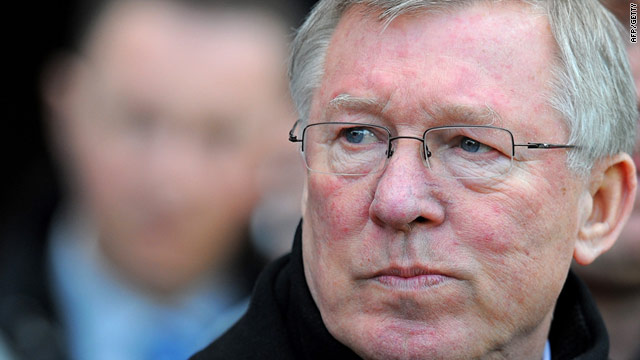 Alex Ferguson has been hit by a five-game touchline ban after being found guilty of improper conduct by the FA.
STORY HIGHLIGHTS

Ferguson was charged with improper conduct by the FA after his scathing criticisms of Atkinson following his side's 2-1 defeat to English title rivals Chelsea at Stamford Bridge earlier this month.

The veteran United manager contested the charges, but has been hit by a lengthy touchline ban at a vital part of the season.

Ferguson was incensed by Atkinson's failure to show a second yellow card to Chelsea defender David Luiz after an off the ball incident with Wayne Rooney, which was captured on television.

I must say, when I saw who the referee was I feared it. I feared the worst
--Alex Ferguson
RELATED TOPICS

Interviewed directly after the defeat, the Scot did not pull any punches.

"You want a fair referee, or a strong referee anyway -- and we didn't get that," he said.

"I must say, when I saw who the referee was I feared it. I feared the worst," Ferguson added.

The FA ruled Wednesday that Ferguson had gone too far in his remarks and the case against him proven.

"At an independent regulatory commission today Sir Alex Ferguson was handed a touchline suspension for three matches and fined a total of £30,000," said an FA statement.

"Furthermore the commission invoked a two-match suspended touchline ban, relating to a previous charge of improper conduct in relation to media comments made in October 2009.

The punishment means he will be barred from the touchline for United's FA Cup semifinal with Manchester City next month at Wembley.

Ferguson, who has 48 hours to lodge an appeal, said last weekend that he would be mounting a vigorous defense, claiming that a media outcry had led the FA to charge him.