J-League to resume action on April 23 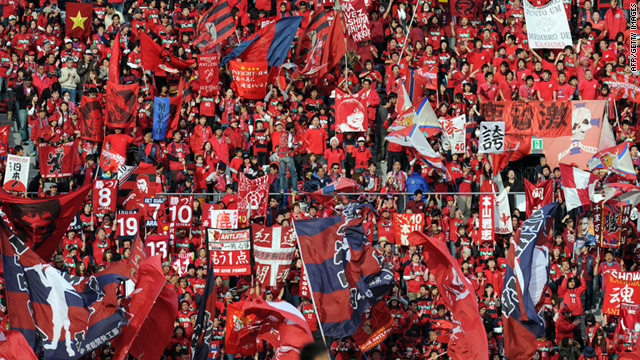 Japanese football fans will not be seeing any J-League action until April 23, when the season will resume.
STORY HIGHLIGHTS
RELATED TOPICS

(CNN) -- The Japanese J-League will resume its fixture list on April 23, after all football was suspended following the earthquake and tsunami that hit the north-east of the country on March 11.

Just one round of matches had been played prior to the disaster, with the missing five rounds now due to take place in July -- a month where no fixtures were originally scheduled because of Japan's national team commitments.

However, it is still not certain whether the clubs that have been affected most be the disaster -- Kashima Antlers, Vegalta Sendai and Mito Hollyhock -- are able to resume their fixtures, or whether those games will be moved to a neutral venue because of damage to their stadiums.

Meanwhile, the electricity shortages caused by the after-effects of the earthquake have resulted in the J-League confirming that all matches in April will take place during the day -- a measure that might be extended throughout the rest of the season.

That measure has also been taken up by the Japanese baseball Pacific League, who have decided not to stage night games next month in the worse-affected regions of Kanto and Tohoku.

In other sport affected by the disaster, Russia have made a bid to stage this year's world figure skating championships.

On Sunday, the Japan Skating Federation withdrew their offer to restage the event in October after the original March 21-27 competition in Tokyo was cancelled.

Russia, who will stage the 2014 Winter Olympics in Sochi, have proposed to host the event in Moscow from April 25 to May 1.

Russian Prime Minister Vladimir Putin told reporters: "We can help out our Japanese colleagues and the international federation by offering them the chance to host the world championships here."