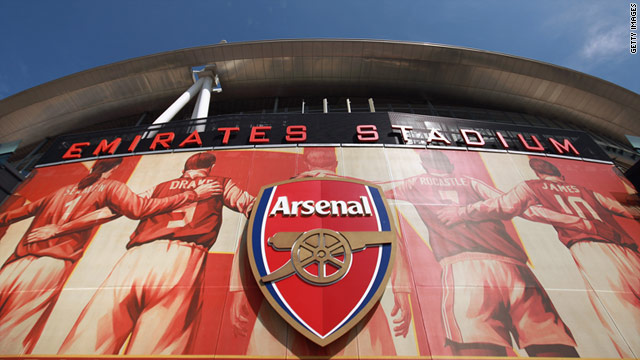 The death of Danny Fiszman comes just days after he had agreed to sell his stake in Arsenal to Stan Kroenke.
STORY HIGHLIGHTS
RELATED TOPICS

(CNN) -- Arsenal have announced the death of director and shareholder Danny Fiszman, just three days after he agreed to sell his stake in the Premier League club to Stan Kroenke as part of the deal which allowed the American to complete his takeover.

Fiszman, who joined the Arsenal board in 1992, died at the age of 66 at his home in Switzerland after a long battle with throat cancer.

In a statement on Arsenal's official website, chairman Peter Hill-Wood said: Danny Fiszman was a visionary director, a gentleman and a true Arsenal fan.

"We are all deeply saddened by the loss of our dear friend Danny. His voice, wisdom and presence around the football club he so dearly loved will be sorely missed.

"Arsenal Football Club will forever be indebted to Danny for his invaluable foresight and contribution during the move from Highbury to our new stadium.

"Our thoughts at this time are with Danny's wife Sally, family and friends. We have lost a much loved husband, father, grandfather and friend."

Fiszman, who made his wealth in the diamond industry, was ranked as the 348th richest person in Britain by the renowned Sunday Times Rich List in 2008 -- prior to moving to Switzerland.

His decline in health was athought to be the main reason for his decision to sell his 16.11% stake of the club to Kroenke.