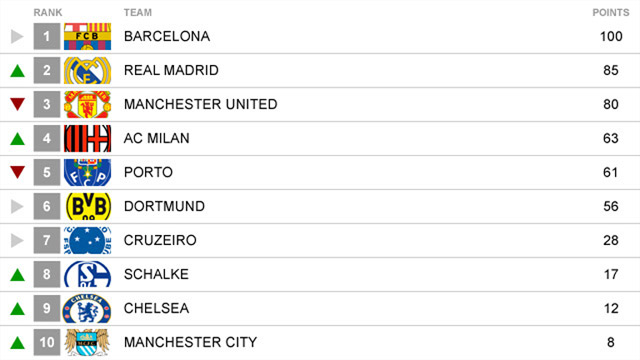 (CNN) -- Which football clubs deserve the title "The Best In The World?"

Inter Milan won the trophy for FIFA's Club World Cup last December, but does that put the Italian and European champions ahead of, say, Barcelona?

Every week, CNN's World Sport staff will vote on who they think are the globe's top-10 football clubs, and they want to know what you think as well.

The most important criteria is current form, and we'll leave no league on the planet unturned -- having followed the world of club football closely since the show's inception in 1993.

So if you think that Manchester United deserve a place in the top-10, or perhaps Internacional, Al-Ahly, TP Mazembe, Seongnam Ilhwa Chunma or New York Red Bulls, then let us know in the "Soundoff" comments section below.

The results will be announced in a countdown on World Sport every Monday, and then posted on Fanzone.

We want to know your opinion on our selections. Did we get it right? Who's missing from the poll?