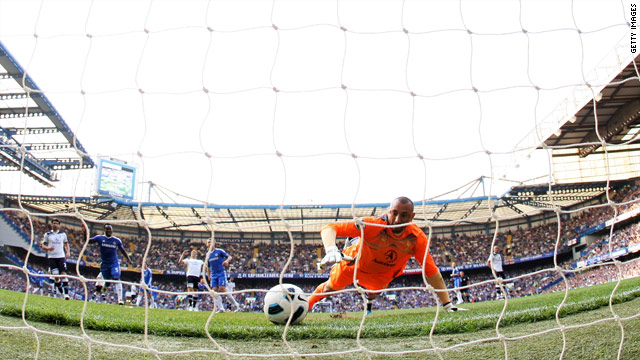 (CNN) -- FIFA opened the door to the introduction of goal-line technology at the 2014 World Cup, but has put in place a rigorous testing program for companies hoping to win the contract.

The world governing body said Tuesday that prototype systems will need to demonstrate a 90% accuracy rate in order to get through the first phase of the bidding process from September to December this year.

They must then return with a 100% accurate product for the second and final testing phase between March and June 2012.

The International FA Board, the game's law-making body, will be presented with the results of the testing at a special meeting in July 2012.

If the IFAB is satisfied with the accuracy of the system, it could be in place for football's global showcase in Brazil two years later.

Blog: Has the time arrived for change in football?

FIFA said that the second round of tests would be held in "different lighting conditions" to simulate those likely to be found in the South American country.

Pressure has grown on FIFA since this year's World Cup in South Africa after Frank Lampard's disallowed goal for England in the second-round match against Germany.

Replays showed the ball had clearly crossed the line and FIFA later softened its stance on the introduction of technology.

There have been renewed calls for action after last weekend's English Premier League match between Chelsea and Tottenham Hotspur.

Ironically, this time midfielder Lampard benefited from the status quo as he was awarded a crucial goal despite TV replays showing Tottenham goalkeeper Heurelho Gomes had prevented it crossing the line after his fumble.

British company Hawkeye, whose products are used in international cricket, is expected to be one of the companies to take part in the process.

Preliminary tests held at FIFA headquarters in February saw 10 companies under the spotlight and all failed the 100% criteria, but it is believed three came close.