France coach Blanc is cleared in row over 'race' quotas 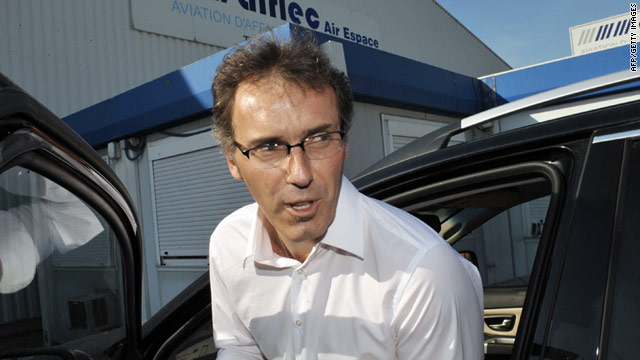 (CNN) -- France coach Laurent Blanc has been cleared of any racial discrimination following the row over allegations of race quotas within the national team.

Blanc was exonerated of any wrong-doing after appearing before a joint hearing of the French Football Federation and Sports Ministry on Monday.

An inquiry was launched after a French website released a transcript of a meeting in November which appeared to detail Blanc and French officials discussing introducing quotas on the number of dual-nationality players at youth training centers.

However, French Sports Minister Chantal Jouanno told a news conference that Blanc did not have a case to answer.

"There is nothing to suggest that Laurent Blanc in any way gave his support to disciminatory actions," said Jouanno.

"The subject was brought up in an awkard and uncalled for manner. It was alluded to in a manner which bordered on racist but there was no project to establish quotas and there is no evidence to suggest that the 2001 law against racial discrimation has been broken.

"Laurent Blanc took part in this type of meeting for the first time. He was neither the organizer nor the pilot. The hearings show that he came in on the debate and that he had no project or fixed opinion," Jouanno added.

Several members of France's 1998 World Cup-winning squad have spoken out about the affair including Zinedine Zidane, who voiced his support for Blanc, along with Christophe Dugarry, Marcel Desailly, Bixente Lizarazu and winning coach Aime Jacquet.

However, both Lilian Thuram and Patrick Vieira have strongly criticized Blanc's role in the affair.