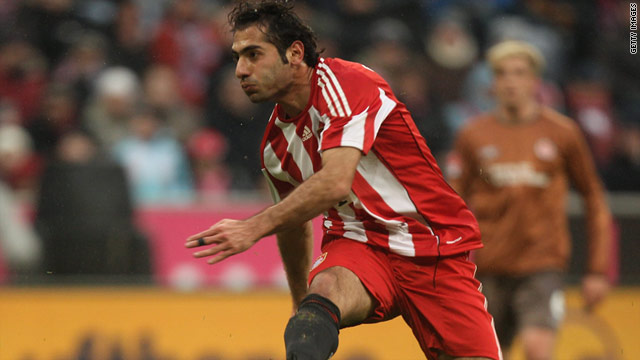 (CNN) -- Real Madrid have confirmed the signing of Turkish international midfielder Hamit Altintop from Bayern Munich on a four-year contract.

The 28-year-old Altintop joined Bayern from Schalke in 2007, but injuries restricted him to just 63 matches for the Bavarian giants in four years.

Last year, Altintop won the FIFA Puskas Award for his superb volley against Kazakhstan in a Euro 2012 qualifier.

Altintop will join compatriot Nuri Sahin at the Bernabeu for next season, following the 22-year-old's 10 million euros switch from Borussia Dortmund earlier this month.

Speaking about the new signing, assistant coach Aitor Karanka told the official Real Madrid website: "Altintop is an international who comes from a great side, Bayern Munich.

"He is a team worker and the sort of player we want. We are very happy about the signing and we want to show people why we signed him throughout the coming season," added Karanka.

Meanwhile, veteran Milan midfielder Andrea Pirlo is expected to join Juventus in time for the start of next season, after leaving the San Siro following 10 years with the club.

Speaking to reporters, Pirlo's agent Tullio Tinti said: "He still has some details to sort out, but I think that Andrea Pirlo is heading for Juventus on a three-year contract.

"He will make a decision in the next few days, but Juve is really the leading candidate for him right now," added Tinti.

The 32-year-old Pirlo won two Champions League crowns and two Serie A titles with Milan, as well as the World Cup with Italy in 2006.