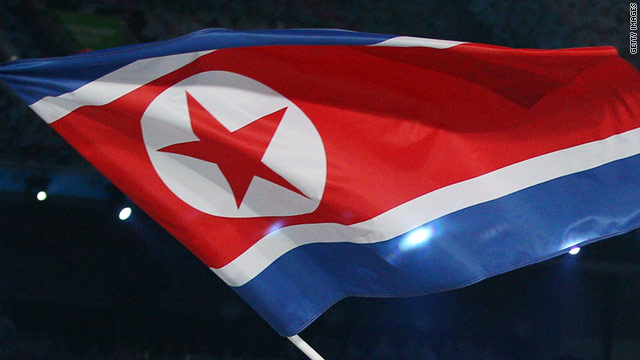 (CNN) -- World football's governing body FIFA announced Thursday that two players from the North Korea side have been provisionally suspended from the Women's World Cup after failing dope tests.

Jong Sun Song and Sim Pok Jong were prevented from playing in the tournament being held in Germany prior to their team's Group C tie against Colombia in Bochum yesterday.

FIFA said in a statement that adverse "analytical findings" were present in "A" samples collected in two anti-doping tests conducted after the team's previous matches.

North Korea drew 0-0 with Colombia in their third and final game at the event in which they failed to score a goal; previous defeats to Sweden and the USA consigning the team to an early exit.

Colombia finished below North Korea to bottom Group C after also failing to score a goal in their three group games, a result which preceded the announcement from FIFA that a player from their squad was also subject to suspension.

"In total, there have been three adverse analytical findings in connection with the Women's World Cup. The chairman of the FIFA Disciplinary Committee [also] provisionally suspended the Colombian player Yineth Varon after an out-of-competition doping test conducted in Leverkusen on 25 June 2011.

"Disciplinary proceedings have since been opened and are still pending. FIFA would like to emphasize once again its determination to keep football free of doping.

"It is FIFA's duty and will to protect players from harm and ensure that footballers can compete on an even playing field. FIFA is a reliable partner of the World Anti-Doping Agency (WADA) in the worldwide collaboration to safeguard the health of athletes and the spirit of fair competition," the statement said.

Both North Korea and Colombia failed to progress from the group stage to the quarterfinals, the first of which will be played in Leverkusen when England take on France on Saturday.

The final of the four-yearly soccer tournament will be held in Frankfurt on July 17.