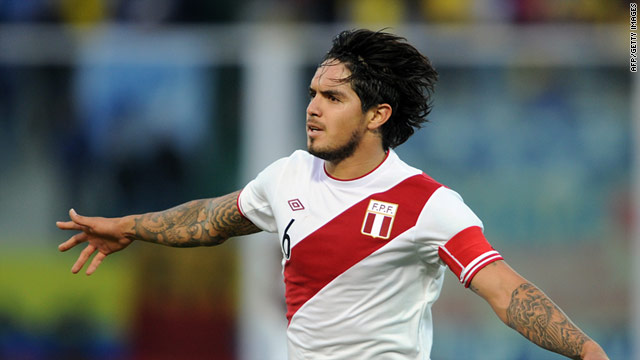 (CNN) -- Peru will face either Argentina or Uruguay in the Copa America semifinals after claiming a shock 2-0 last eight victory over Colombia on Saturday.

And they sealed their victory six minutes into the second period when Paolo Guerrero set Juan Vargas free on the counter-attack -- and the Fiorentina star drilled home the decisive second goal.

Colombia went into the match as firm favorites to progess after winning their group ahead of Argentina, while Peru scraped through as a best third-placed finisher from the group section.

However, they missed a host of chances to win the match in extra time, notably when highly-rated Porto striker Radamel Falcao fired a penalty wide.

Dayro Moreno hit the post and Fredy Guarin the crossbar as Colombia did everything but score during regulation time.

And they were made to pay for those misses as Peru netted twice in extra time to reach the semifinals for the first time since 1997.