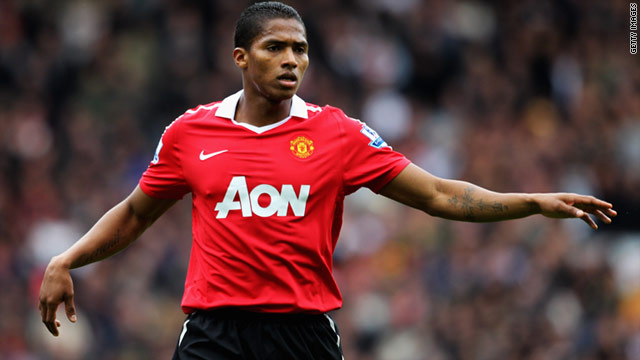 Valencia, 25, arrived at United from Wigan Athletic in June 2009 and he has penned a contract which will keep him at Old Trafford until May 2015.

The former Villarreal winger has made 69 appearances for the three-time European champions, scoring 10 goals, and Valencia was happy to have committed his future to Alex Ferguson's team.

"I am delighted to stay at United," Valencia told the club's official web site. "Since my first day at Carrington [the team's training ground], I have been happy here. I hope that I can continue to develop as a player.

I am delighted to stay at United
--Antonio Valencia
RELATED TOPICS

"I am looking forward to making my contribution to helping this squad compete for more trophies."

Ferguson, 69, praised Valencia's attitude after he recovered from a broken ankle sustained in September 2010 to play a part in United's title run in.

"Antonio has made a fantastic contribution since his arrival. His speed, crossing ability and versatility have been a big asset for us.

"He has a quiet, unassuming way of going about his business, which is underlined by great strength of character -- as his recovery from such a bad injury last season proves."

Injury restricted Valencia to just 10 league appearances for the Red Devils last season, although he did regain fitness in time to play a part in United's European Champions League final defeat to Barcelona in May.

United begin their Premier League title defense with a trip to West Bromwich Albion on August 14.