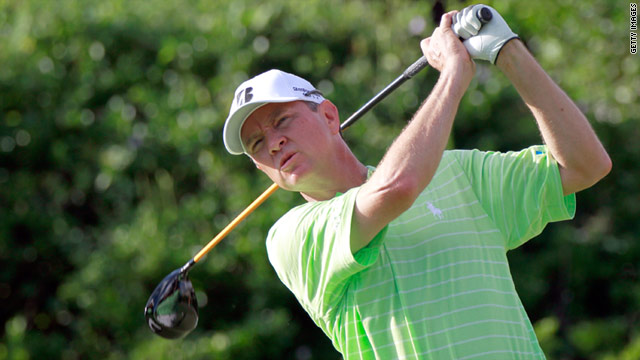 Davis Love III has been given the responsibility of trying to regain the Ryder Cup for the American side.
STORY HIGHLIGHTS

(CNN) -- Davis Love III has been confirmed as the U.S. Ryder Cup captain for the 2012 showdown against Europe at Medinah Country Club, Chicago.

The 46-year-old, who was one of America's vice-captain's in last year's defeat at Celtic Manor, takes over from Corey Pavin as he attempts to regain the trophy on home soil.

Love told a press conference: "The number one mission is to get the Cup back and I don't think we could ask for a greater home-field advantage than Medinah and Chicago.

"I'm thrilled and honored to be named captain. It's one of the great honors in golf to make one Ryder Cup team. To make it for a career is a blessing.

"I've played in a lot of Ryder Cups and I think that experience will help get me through," Love added.

Love will continue with the policy of having four captain's picks to go alongside the top eight players in the 2012 PGA Tour rankings and has not ruled himself totally out of the running to make the side on merit.

"What I ultimately want is the 12 best players. If I'm one of the best eight then that would be great -- but I don't want to leave off a player who could help the team even if that player is me.

"I want guys who can handle the pressure, who really want to make the team. I want guys who are playing well and putting well. I'm going to watch the last few weeks to see who are the players who are making putts," he added.