Stanley leads as Westwood bids to regain No.1 spot 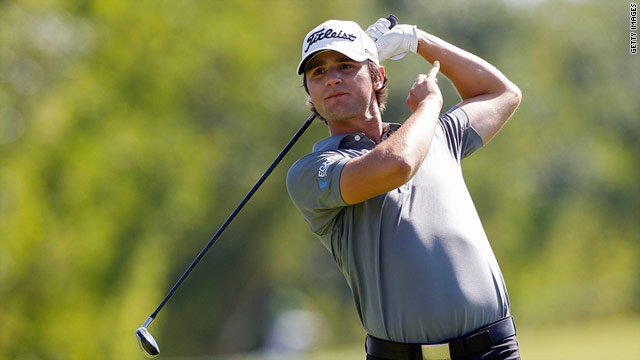 (CNN) -- Kyle Stanley defied gusting winds at the PGA National course in Florida to take a one-shot lead at the halfway stage of the Honda Classic.

The 23-year-old American carded a four-under 66 for a two-round total of six-under 134 with South Africa's Rory Sabbatini his nearest challenger.

Sabbatini had taken advantage of morning conditions, still difficult, to post match the tournament record of six-under 64 and he looked set to lead until Stanley's impressive late charge.

England's Lee Westwood, who needs a top-3 finish at the PGA Tour event to regain the world number one slot from the absent Martin Kaymer, carded a one-under 69 for one-under overall.

Westwood, playing superbly from tee to green, was four-under, but fell victim to the famous "Bear Trap", the stretch from 15-17, and dropped late shots, twice missing short putts.

First round leader Spencer Levin and 2002 winner Matt Kuchar are also bracketed with Westwood at one-under.

The 23-year-old Stanley had six birdies, including three in a row, against two bogeys.

"The wind probably wasn't as strong as it was Thursday," Stanley told AFP

"Late in my round it wasn't really a factor."

But the tough conditions claimed several cut victims, with defending champion Camilo Villegas not making the weekend after an eight-over 78, while Canadian Mike Weir carded a career worst 85.