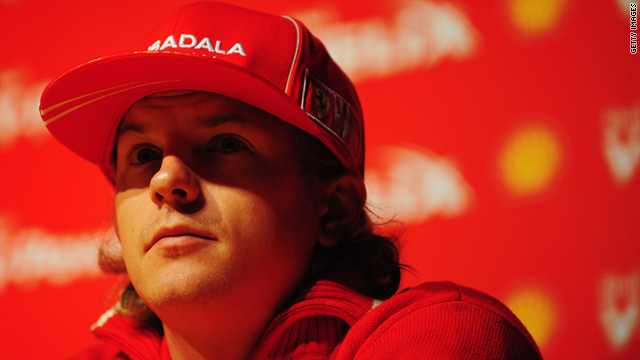 (CNN) -- Former Formula One world champion Kimi Raikkonen will make a debut in NASCAR this year.

NASCAR confirmed that the Finnish driver, who is currently competing in the World Rally Championship (WRC), has been approved to participate in the Camping World Truck Series race at Charlotte Motor Speedway in North Carolina on May 20.

The 2007 F1 champion told Finnish newspaper Tarun Sanomat: "I am excited about getting to know the world of NASCAR - I have been following it for a long time.

"I am 100% sure it will be fun and challenging. I know it's a very tough and open top racing series. I just love the American spirit of racing - it feels just great to get involved with that. Obviously, it will be very challenging and great fun for me."

Raikkonen, who is currently committed to eight further events at the WRC this year, will race in the NASCAR series as part of a new team to be called ICE 1 -- an homage to the 31-year-old's nickname "the Iceman" and a joint venture between Raikkonen and Foster Gillett - managing partner of Richard Petty Motorsports.

I am excited about getting to know the world of NASCAR. I am sure it will be fun and challenging.
--Kimi Raikkonen
RELATED TOPICS

If his season goes well, Raikkonen, who left Formula One in 2009 to move to the WRC's Citroën Junior Team, is expected to progress to the Nationwide and Sprint Cup series with ICE 1.

The former Ferrari driver scored his first WRC points when he finished in eighth place in the Jordan Rally, thereby becoming the second driver after Carlos Reutemann to score championship points in both the WRC and Formula One.

Raikkonen's first rally win came in September 2010, when he placed first in all six stages of the Rallye Vosgien 2010 in France.

Previously, Raikkonen had won 18 grands prix out of 157 starts during his eight-year stint in Formula One, and joins a burgeoning group of F1 drivers who have also driven in the NASCAR series, including Juan Pablo Montoya and Narain Karthikeyan.