MotoGP to visit Austin, Texas in 2013 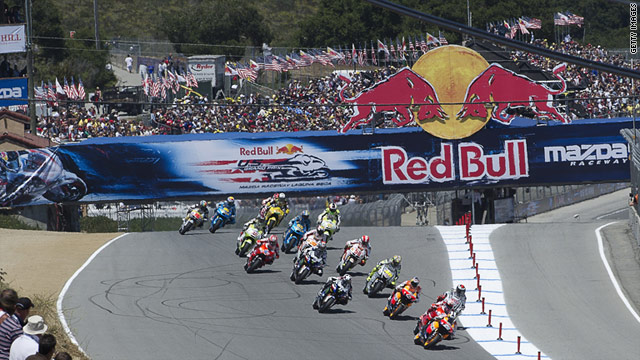 The Texas MotoGP will be the third in the United States after those in Indianapolis and Laguna Seca (pictured).
STORY HIGHLIGHTS

(CNN) -- The new Circuit of the Americas in Austin, Texas, will host a MotoGP from 2013, and for the following 10 years afterwards.

The track, which will also stage a Formula One race in the same year, is still under construction and is expected to be completed in June 2012.

MotoGP promoter Carmelo Ezpeleta told the official MotoGP website: "We are delighted to be adding the Circuit of the Americas to the MotoGP calendar.

"It's an honor to expand our championship to Texas, which has a rich history of producing riders.

"The 10-year agreement is a sign of our confidence and commitment to the future success of MotoGP racing in Austin," he added.

The sport has increased in popularity in the United States in recent years, with Americans Ben Spies and 2006 world champion Nicky Hayden on the current grid.