Alonso staying with Ferrari until 2016 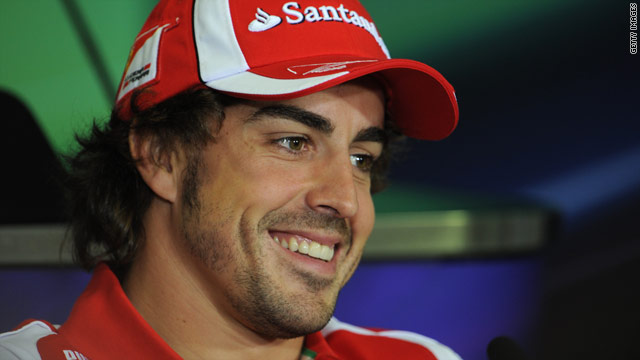 (CNN) -- Two-time Formula One world champion Fernando Alonso has signed a three-year deal with Ferrari that will keep him at the Italian motorsport giants until 2016.

The Spaniard has only been with Ferrari for one full season after joining from McLaren at the end of the 2009 campaign but has stated his desire to finish his career with the team.

"I am very happy to have reached this agreement," Alonso said on Ferrari's official web site. "I immediately felt comfortable within Ferrari and now it feels to me like a second family.

"I have the utmost faith in the men and women who work in Maranello and in those who lead them: it is therefore natural for me to decide to extend my relationship in the long term like this, with a team at which I will no doubt end my Formula One career one day."

Alonso missed out on the drivers' championship by four points to Red Bull's Sebastian Vettel in 2010 but has suffered a disappointing start to the current campaign.

He is fifth in the standings, 52 points behind leader Vettel, but did claim his first podium finish at the Turkish Grand Prix earlier this month.

Ferrari president Luca di Montezemolo said of the new deal: "It is a great pleasure to have renewed our agreement with a driver who has always demonstrated a winning mentality even in the most difficult circumstances.

"Fernando has all the required qualities, both technically and personally to play a leading role in the history of Ferrari and I hope he will be enriching it with further wins very soon."

Vettel has spoken of his desire to represent the Italian team one day, but with Ferrari's other driver, Brazilian Felipe Massa, having another season after this to run on his contract, it won't happen until 2013 at the earliest.

There had also been speculation that Ferrari would pursue an interest in McLaren's English driver and 2008 world champion Lewis Hamilton, but he is tied to the British-based team until 2012.

Alonso has competed in 23 races with Ferrari, with five wins, 11 podiums, two pole positions and 293 world championship points to his name.

Mwanwhile, MotoGP could be set to expand for the 2012 season.

The sport's governing body said 11 teams boasting 16 riders had advanced to the next stage of selection to compete in the motorbike world championship.