Formula One teams write to FIA about 2011 race calendar 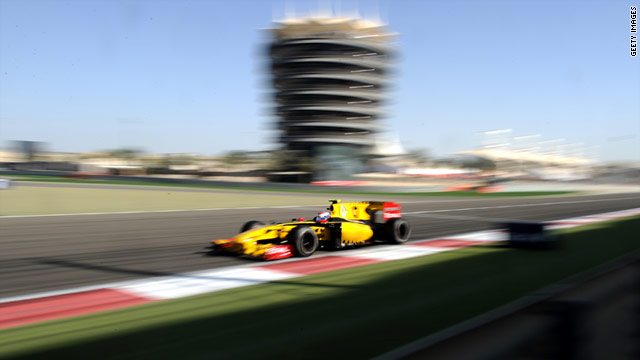 The Formula One Bahrain Grand Prix is still in doubt despite the FIA rescheduling it for October.
STORY HIGHLIGHTS

(CNN) -- The Formula One Teams Association (FOTA) has written to motorsport's governing body about the 2011 race calendar amidst a backdrop of confusion over the re-instated Bahrain Grand Prix.

FOTA confirmed to CNN they had sent a letter to the International Automobile Federation (FIA) and the Bahrain International Circuit discussing the season's schedule, after the recent decision to stage the Bahrain race in October.

The original event was canceled in March due to ongoing civil unrest in the Gulf kingdom but Max Mosley, former head of the FIA, told CNN Tuesday that he would be "astonished" if the grand prix went ahead.

Mosley said any change to the race calendar would have to be unanimously supported by all 12 F1 teams -- something he thought was highly unlikely.

Mosley: Bahrain Grand Prix will not go ahead

Mosley: 'Bahrain race will not go ahead'

Formula One supremo Bernie Ecclestone also admitted to CNN in Monaco that he was unsure whether the race would go ahead.

When asked if F1 could take a stand against the violence in the country he said: "I think it would be difficult to do that, but I think we'd have to -- sort of -- do something that would keep everybody peaceful."

In a statement, FOTA confirmed to CNN: "The Teams have discussed the 2011 calendar within FOTA and have expressed their views privately in a letter to the FIA, FOM (Formula One Management) and the Bahrain International Circuit."

Canada is the next stop on the schedule for Formula One, as they prepare for this weekend's Montreal Grand Prix, where questions over the Bahrain race will remain high on the agenda.

The UK Press Association reported Tuesday that the FOTA letter demanded the FIA abandon plans to return to Bahrain due to "logistical and safety concerns."

They also claimed the plan to switch the Indian Grand Prix to the end of the season, in December, in order to accommodate the Bahrain race was "unbearable to our staff."

On Tuesday, Mosley told CNN there was little chance of the Bahrain GP going ahead and claimed there would be no serious damage done to the sport's reputation if the FIA were to swiftly cancel plans to return.

He said: "When you're going to change something in the middle of the season, like the proposal to move the Indian race for example, that needs the unanimous agreement of all the teams. I don't think there's the slightest chance of that actually being given.

"The teams have complete power in this particular case because although the governing body can cancel an event for reason of force majeure - as happened in the case of Bahrain -- when you want to put an event on or move an event, that's a change to the conditions under which the teams entered for the season and that's like any contract -- you can only change it if both sides agree.

"All 12 teams would have to agree to change the Indian date and go back to Bahrain, so it only takes one team to say 'I don't agree' and that'll be the end of it. It would not be possible for it to happen."