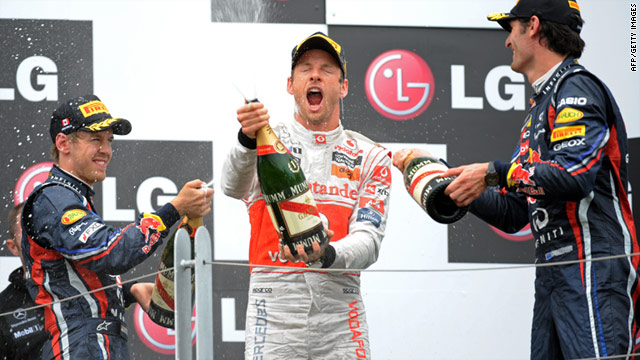 The McLaren driver moved up to second, with teammate Hamilton dropping to fourth after Red Bull's Mark Webber claimed a podium place.

The Formula One circuit returns to Europe for the eighth race on the calendar in Valencia from June 24-26.

Drivers' standings after seventh race of F1 season in Montreal: