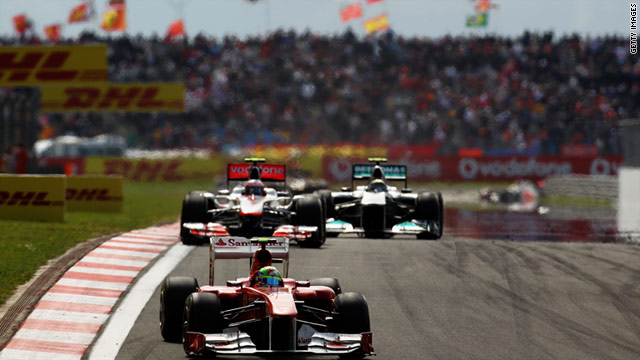 The Turkish Grand Prix has been a date on the Formula One calendar since 2005.
STORY HIGHLIGHTS
RELATED TOPICS

(CNN) -- The Turkish Grand Prix has been dropped as a venue on the Formula One calendar for the 2012 season.

The Istanbul circuit was introduced into the world championship in 2005 and McLaren's Jenson Button won this year's edition of the race in July.

Despite Turkey losing their race, the 20-round season will be the biggest in the in the history of F1, with Bahrain back in the fold.

The 2011 grand prix in the gulf kingdom was canceled due to civil unrest in the country, but the 2012 event at the Sakhir circuit is set to take place on April 22.

Formula One will also return to the United States for the first time since 2007 at a newly-built track in Austin, Texas. The U.S. previous hosted a race in Indianapolis.

The season will begin in Australia for the second year in-a-row at the Melbourne Park street circuit.

The final grand prix of the year with take place in Brazil, where Britain's Lewis Hamilton dramatically clinched the world championship in 2008.

The next round of this year's championship is the Italian Grand Prix at Monza on September 11 with Red Bull's Sebastian Vettel holding a commanding lead in the title race.