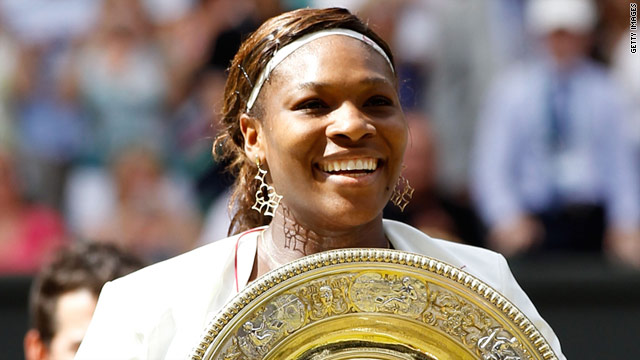 (CNN) -- Serena Williams says she hopes to return to tennis in May or June after undergoing surgery to remove a blood clot from her lungs.

The 29-year-old American -- who has not played a competitive match since winning her fourth Wimbledon title in July 2010 -- is recuperating after going under the knife at the Cedars-Sinai Medical Center in Los Angeles.

Williams had emergency surgery on a haematoma on Monday after she was treated for a pulmonary embolism last week.

Williams said in a statement: "Thank you everyone for all of your prayers, concerns, and support.

"This has been extremely hard, scary, and disappointing. I am doing better, I'm at home now and working with my doctors to keep everything under control.

While I can't make any promises now on my return, I hope to be back by early summer
--Serena Williams
RELATED TOPICS

"I know I will be OK, but am praying and hoping this will all be behind me soon. While I can't make any promises now on my return, I hope to be back by early summer.

"That said, my main goal is to make sure I get there safely."

Williams' representative, Nicole Chabot, issued a statement confirming her client was now on the road to recovery.

The statement said: "Serena did indeed suffer from a pulmonary embolism last week, and the hematoma was another unexpected scare.

"Thankfully everything was caught in time. With continued doctor visits to monitor her situation, she is recuperating at home under strict medical supervision."

Williams, who is sixth in the list of all-time grand slam winners with 13 titles to her name, has been out of action after undergoing two operations on the right foot she injured on broken glass at a restaurant, putting her long-term future in doubt.

She has also spent a total of 123 weeks at the top of the world rankings, before losing her position to current number one Caroline Wozniacki last October.