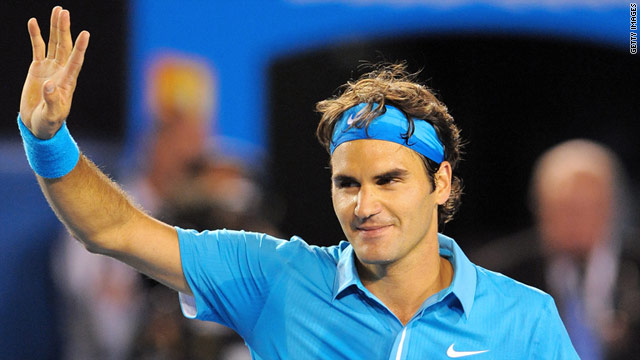 Roger Federer is determined to put early defeat in Monte Carlo behind him in Madrid.
STORY HIGHLIGHTS

(CNN) -- Roger Federer is hoping to get his clay court season back on track as he bids for a third win in the Madrid Masters tournament this week.

The former world number one goes into the tournament off the back of a spell of intensive training in his native Switzerland with Stefan Koubek of Austria.

He crashed out in the quarterfinals in Monte Carlo a fortnight ago to Jurgen Melzer and is determined not to repeat the same mistakes.

"I had some wrong decisions against Melzer," said Federer, who will play Olivier Rochus or Kevin Anderson in the second round.

I did a lot of work the past few weeks in the gym and on the court, plus fitness training
--Roger Federer
RELATED TOPICS

"Other than that, I think I've had a pretty good season," said Federer told gathered reporters Monday.

"I did a lot of work the past few weeks in the gym and on the court, plus fitness training."

Federer faces a tough stretch of competitive tennis, with the run-up to the French Open followed by a return to grass for Wimbledon and then a Davis Cup tie for Switzerland.

His coach Paul Annacone told CNN that the 16-time grand slam champion was ready for the test.

"Roger is the most versatile player in the game and can win any match against any player," he said.

Federer could meet world number one and arch-rival Rafael Nadal in the semifinals in Madrid and Annacone is hoping it will become a reality.

"I do hope they get to face each other during this clay court season -- it is a terrific challenge and great opportunity -- this is why great players play," he added.

Meanwhile in tournament action Monday, 12th seed Andy Roddick of the United States went out after a three-hour marathon against Flavio Cipolla of Italy.

Cipolla won their first round match 6-4 6-7 6-3, but ninth seed Gael Monfils of France came through unscathed against Croatian Ivo Karlovic 6-3 7-6.

Russian eighth seed Maria Sharapova won her second match in two days but was made to battle hard by compatriot Elena Makarova before winning 6-3 3-6 6-1.