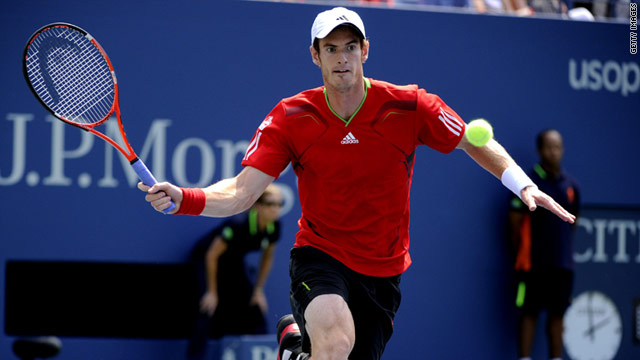 The fourth seed, a former losing finalist at Flushing Meadows, was tested in the first set which went to a tiebreak, but once secured, he cruised to victory 7-6 6-2 6-3 in two hours 26 minutes.

Murray was broken immediately to trail 2-0 but battled back to force the tiebreaker which he won 7-5.

He made the perfect start to the second set with another break, but conceded it immediately with a double fault on break point.

However, two further breaks saw him in total ascendancy and the pattern continued in the third set as he pulled two breaks clear.

Devvarman hit back to retrieve one as Murray served for the match but was broken again on his own service to concede victory.

Scot Murray admitted after the match he had been apprehensive at the start of another bid to win his first grand slam.

"There's obviously pressure playing in these events to start with. Then when you haven't played the guy you're playing before, it's a match you're expected to win, there's obviously going to be a bit of nerves," he told gathered reporters.

"But I'm happy with that. There's something wrong with you if you're going into a slam not nervous. So it was good to get it out of the way.

Meanwhile, 2009 champion Juan Martin Del Potro of Argentina made a fine start to his campaign as he batttles back to his best form after injury.