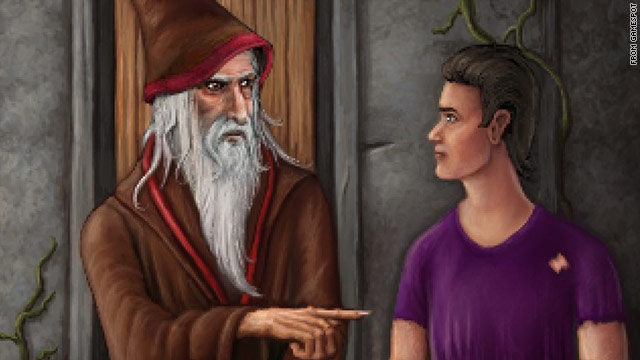 However, thanks to a bizarre cultural loophole, a variety of software clones, unlikely series reboots and fan-made remakes are increasingly conspiring to ensure that your childhood fantasies live on.

This month's impending "King's Quest III: Redux" for PC, a fan-built update that offers an extreme visual makeover of the 1986 Sierra original, is among the more curious offerings. Unlike official series reboots or re-masters for online shopping services such as PlayStation Network, WiiWare, Xbox Live and iPhone, it's not backed by a professional budget or an officially licensed development team.

An amateur tribute to an adventure game classic, at odds with equally engaging titles such as "Broken Sword: The Smoking Mirror -- Remastered," it's free to play, and just one of hundreds of homebrew remakes available online.

Software emulators such as "Amiga Forever 2011," ZSNES, Gens and online services like Good Old Games are also making it increasingly easy to enjoy yesteryear's favorites. So too do a variety of new iPhone re-releases of historical gems, including "The 7th Guest," "Clandestiny" and "Gobliiins."

Classic Sega Genesis and Master System games like "Streets of Rage 2" and "Shining Force" are suddenly available for download and play on PC from online vendors like Steam as well.

But a surge in gaming nostalgia is also prompting publishers to not just revisit the past, but rewrite it instead. New versions of popular franchises from "Mortal Kombat" to "Jagged Alliance: Back in Action" are planned for release throughout 2011, with even the legendarily delayed "Duke Nukem: Forever" expected to make a May 3 appearance.

Even the most unlikely candidates, such as Atari 2600 classic "Yar's Revenge," will be getting a face lift soon, following on the heels of high-profile revamps of "Contra," "Rush 'N Attack" and "Bionic Commando." Case in point: New versions of "The Oregon Trail" and "Where in the World is Carmen Sandiego?" just hit popular social network Facebook.

Last year, we opined about why and how so many classic games were making a comeback. But with many of this year's biggest releases ("Deus Ex: Human Revolution," "Alice: Madness Returns," "Tomb Raider," etc.) based on decade-old franchises, it's quickly becoming obvious.

With even the Nintendo 3DS and Sony's Next Generation Portable handhelds supporting historical downloads, everything old in video games is truly new again.