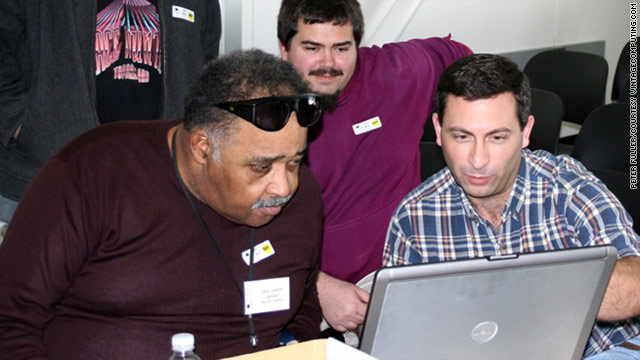 As an engineer at Fairchild Semiconductor, Lawson designed the electronics of the Fairchild Video Entertainment System, later renamed the Channel F, in 1976.

Predating the release of Atari's Video Computer System by a year, the Channel F was the first videogame machine that used interchangeable game cartridges, which Fairchild sold separately.

Previous game machines like Atari's "Pong" and the Magnavox Odyssey had all their games built into the hardware. Lawson's pioneering design set the standard for the game consoles of today.

"Jerry was an amazing personality," said family friend David Erhart, who broke the news of Lawson's death Monday on the Digital Press website. "He created part of the videogame industry history in Silicon Valley and it was always a pleasure to hear his stories about back in the day."

Much of Lawson's background is discussed in a wide-ranging interview he gave Vintage Computing and Gaming in 2009.

A lifelong engineer and tinkerer, Lawson was born in 1940 and grew up in a federal housing project in Queens, New York. As a kid, he operated a ham radio; as a teenager he earned money by repairing his neighbors' television sets.

In the 1970s, living and working in Silicon Valley, he joined the Homebrew Computer Club, a group of early hackers that included Apple co-founders Steve Jobs and Steve Wozniak.

Lawson's contributions to videogames began with "Demolition Derby," a coin-operated arcade machine that he created in his garage while working at Fairchild.

"Fairchild found out about it -- in fact, it was a big controversy that I had done that. And then, very quietly, they asked me if I wanted to do it for them," Lawson said in the Vintage Computing interview.

Although similar machines were in development at Atari and RCA at the time, the console Lawson's team built for Fairchild was the first cartridge-based gaming system that came to market. Although it seems simple now, making the technology work wasn't easy.

"There was a mechanism that allowed you to put the cartridges in without destroying the semiconductors.... We were afraid -- we didn't have statistics on multiple insertion and what it would do, and how we would do it, because it wasn't done. I mean, think about it: Nobody had the capability of plugging in memory devices in mass quantity like in a consumer product. Nobody."

Only 26 cartridges were ever released for Channel F, all simple games like "Blackjack," "Space War" and "Bowling." When Atari released its cartridge-based system, Channel F was quickly rendered obsolete.

Years later, Lawson started his own company, Videosoft, to produce Atari 2600 cartridges, but only released one, a technician's tool called "Color Bar Generator."

"The whole reason I did games was because people said, 'You can't do it,'" he told the San Jose Mercury News last month. "I'm one of the guys, if you tell me I can't do something, I'll turn around and do it."

In later years, Lawson had suffered the severe effects of diabetes. He lost sight in one eye and lost one of his legs to the disease, leaving him confined to a wheelchair. On Wednesday, not feeling well, he was admitted into El Camino Hospital Mountain View.

"He continued building devices to control telescopes, lasers, tools, etc. up until the day he went to the hospital," said friend Erhart. "His workbench had more tools than most people would even know what to do with. He taught me quite a bit and I'll miss him sorely."

At 6:15 a.m. Saturday, Lawson died after apparently suffering a heart attack. He is survived by his wife, son and daughter. The family is planning a memorial service in mid-May.

Photo courtesy of Vintagecomputing.com via WIRED.