Why Cisco's Flip flopped in the camera business 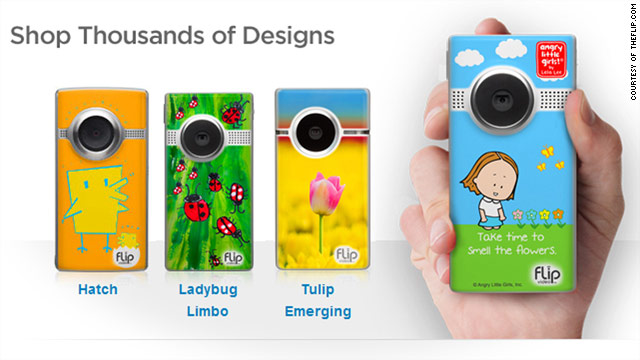 Cisco is stopping production on its Flip camera because of loss of earnings.
STORY HIGHLIGHTS
RELATED TOPICS

(WIRED) -- Cisco is shutting down a business unit that it bought for over half-a-billion dollars: the Flip camcorder division.

That's a shame, considering how high the Flip was flying a few short years ago. It's also a waste, considering that Cisco bought Flip from Pure Digital only two years ago for a cool $590 million.

But Cisco probably had to act fast, because its earnings fell 18% in the second quarter of 2011, and CEO John Chambers had to show he was doing something decisive to stanch the flow.

It's not like the Flip was doing that well of late. When was the last time you saw someone actually using one of these low-quality, "good-enough" Flips? Probably about two years ago.

Just what murdered those cheap, adorable camcorders? The obvious culprit is the general-purpose smartphone. When iPhones and Android phones began shipping with decent cameras for shooting stills, the Flip seemed excessive. When phones got HD video recording, the Flip was downright redundant.

But the smartphone wasn't the sole cause of the Flip's fate. The Flip would still be around if Cisco had bothered at all to adapt to the market. After all, there are plenty of camera businesses like Canon that are still alive and well.

Here are a few reasons why the Flip flopped.

Let's get the obvious reason out of the way first. When Steve Jobs introduced the camera-equipped iPod Nano in 2009, he made it clear that the Flip budget camcorder was Apple's primary target.

"We want to get in on this," said Jobs regarding the budget-camera industry, while showing a slide of the Flip at the 2009 iPod event.

Why buy a cheap camcorder if you could buy an iPod Nano that shot video, too? In addition to the Nano, Apple had already released the iPhone 3GS, also capable of capturing standard-definition video.

Eventually, a slew of Android smartphones also shipped with video-capable cameras, and so did Apple's iPod Touch. The iPhone 4 and others brought HD video recording to smartphones, eliminating the Flip's last possible advantage.

Suddenly, the notion of carrying around a cheap camcorder in addition to a general-purpose smartphone or iPod seemed impractical -- extra bulk in your pocket. A slew of general-purpose devices made the Flip irrelevant.

The shift to real-time social networking

The Flip probably wouldn't have been murdered so easily if Cisco had caught on to something that's been trendy for years: real-time social networking. To make that work, the Flip would have required an internet connection.

You'd think that would be an easy addition, considering that Cisco is a networking company.

After Apple released the video-equipped iPhone 3GS, Cisco should've quickly shipped a Wi-Fi--enabled Flip for customers to immediately shoot and post media on social networking sites such as Flickr and YouTube.

Instead, existing Flip camcorders require a wired connection to a PC in order to transfer the files and upload them to a website. That's old-school, PC-centric social networking.

These days, people like to share their media wherever they are, when it's happening. Because the Flip lacked a wireless connection to the internet, this was another reason to just buy a smartphone.

Here's where the Flip had a chance to survive. Kids love social networking and sharing pics and video, and they can't afford smartphone plans. An affordable, cheap camera with an internet connection would've been pretty compelling.

To be fair, evidence shows Cisco was trying to ship a Wi-Fi--enabled Flip, but it moved too slowly. At this point, smartphones are already too far ahead, with popular social media apps such as Instagram and Ustream making them even cooler.

If Cisco had focused on optimizing the high end of its Flip camera line, it would've offered a compelling reason to buy a Flip versus a smartphone or iPod.

Imagine a high-end Flip with a Wi-Fi or 3G internet connection, 1080p video, a decent zoom lens, and a touchscreen with apps made just for Flip video and photo. A solid, premium multimedia device would've enabled Flip to stand out among the "jack-of-all-trades" multifunction devices out there.

But alas, the Flip is dead. RIP, Flip.