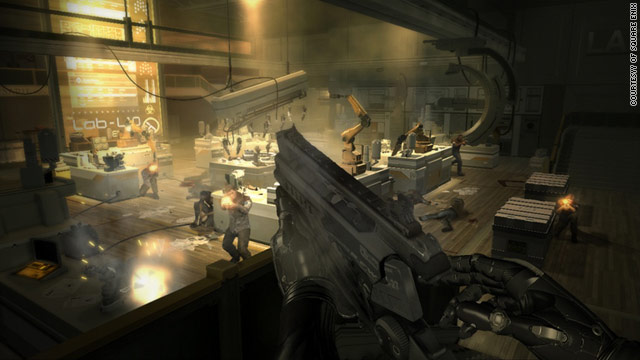 Editor's note: Scott Steinberg is the head of technology and video game consulting firm TechSavvy Global as well as the founder of GameExec magazine and Game Industry TV. The creator and host of online video series Game Theory, he frequently appears as an on-air technology analyst for ABC, CBS, NBC, Fox and CNN.

(CNN) -- Summer is typically a slow time for video games as fans ditch their controllers in favor of sunny seaside vacations or the pleasures of the great outdoors. But this year, a number of high-profile new releases hope to buck that trend.

Players may also get the chance to discover Nintendo's next Wii video game system, rumored to be packing high-definition graphics, more power than the PlayStation 3 and a touchscreen controller, in June at industry trade show Electronic Entertainment Expo 2011.

Against all odds, fabled "vaporware" title "Duke Nukem: Forever," in development for more than 14 years and gaming's equivalent of Guns N' Roses' legendarily delayed "Chinese Democracy" album, may actually ship -- and by fall, no less.

Quickly heating up to be one of the most promising summers of the past decade, here are just a few of the titles you've want to keep at the top of your playlist:

Picking up after the first title ended, Alice (here a mentally disturbed girl whose psychological troubles have created a warped and gonzo netherworld) must fight off quirky enemies while wandering through the surreal alternate reality.

Child of Eden (UbiSoft, PlayStation 3/Xbox 360) -- The music-and-rhythm game genre's viability has been called into question lately, given MTV's sale of the "Rock Band" franchise and Activision's recent benching of the popular "Guitar Hero" series.

But this interactive laser light show, a motion-sensing shooter where you blast scintillating shapes by waving your hand to create musical tones dynamically, hopes to prove there's life in the genre outside of "Just Dance."

The Legend of Zelda: Ocarina of Time 3D (Nintendo, Nintendo 3DS) -- Hailed as a masterpiece of early 3-D game design, the fantasy role-playing classic has been updated to include 3-D special effects that appear literally to burst from your Nintendo 3DS system's screen.

If any title can help turn around the glasses-free handheld portable system's underperforming sales, it's this enhancement of the timeless 1998 Nintendo 64 smash, renowned for its sophisticated gameplay, storyline and challenges.

In addition to the original game and more-difficult Master Quest, which offers differing dungeon layouts and puzzles to enjoy, freshly added touch controls should make the experience more accessible to newcomers.

Although it's more a new iteration than true innovation, this year's edition, we expect, should go the distance with improved collision detection for more accurate tackles and striking visual upgrades, including better lighting, 3-D grass (no, seriously) and more lifelike players.

Aiming to improve the game's overall pacing and fluidity while also adding high-tech replicas of authentic school game-day traditions such as Georgia Tech's Ramblin' Wreck (Google it), here's hoping it's a game-winning effort.

Deus Ex: Human Revolution (Square-Enix, PC/PlayStation 3/Xbox 360) -- "Blade Runner" fans would do well to check out this open-ended, sci-fi role-player, the latest in a best-selling series praised for the sheer freedom of choice it offers fans.

Set in a bleak, futuristic Renaissance world with an equally gritty and atmospheric storyline, players must use biomechanical implants to gain superhuman abilities that make sneaking past or splattering enemies simpler.

A mature global conspiracy thriller, it doesn't pull punches, letting you attack scenarios using many tactics from stealth to combat, hacking or puzzle-solving, ensuring that the title never plays the same way twice.