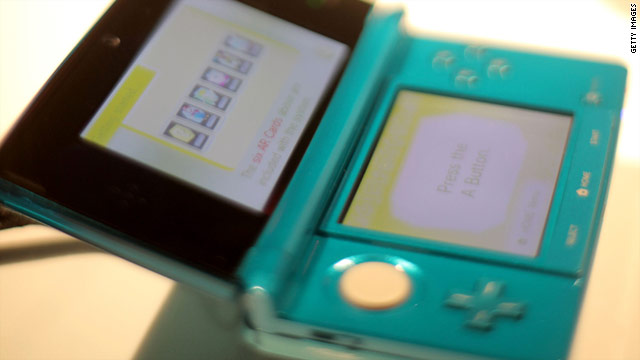 (CNN) -- Nintendo is slashing the price of its handheld 3DS gaming device after only five months in the marketplace, possibly signaling the company's disappointment with its sluggish sales.

"For anyone who was on the fence about buying a Nintendo 3DS, this is a huge motivation to buy now," said Nintendo of America President Reggie Fils-Aime in a statement. "We are giving shoppers every incentive to pick up a Nintendo 3DS, from an amazing new price to a rapid-fire succession of great games."

The Nintendo 3DS was released in late February in Japan and in March in the U.S. amid much fanfare about its innovative glasses-free 3-D video display.

Reviewers praised the improved controls and look of games, although some fans complained about getting headaches after long periods of gazing at the 3-D screen. Nintendo also has faced growing competition from casual games that people play on their smartphones.

It also didn't help that the game was released just before the earthquake and tsunami that devastated Japan in March.

Current users who connect to the company's eShop before August 11 will automatically be registered in the Nintendo 3DS Ambassador program, which will allow 3DS owners to get the 20 games for free. Classic games from the NES, including "Super Mario Bros." and "Donkey Kong Jr.," also are slated to become available for the 3DS later this year.

Game Boy games like "Metroid Fusion" and "Mario Kart" will only be accessible to the Ambassador members; Nintendo says there are no plans to make them available to the general public.

While Nintendo's announcement did not directly address the reasons for the 3DS price drop, the company may be reacting to disappointing sales numbers.

The company is 39 million units short of projected sales for the fiscal year ending March 31, and has cut financial projections for the year from 110 billion yen to 20 billion yen -- a plunge of 82 percent.

Competition from the new PlayStation handheld Vita device, expected later this year, may also be spurring the price move. Vita is expected to hit the marketplace at $249, with more than 80 titles.