How we'll beat traffic and find parking spots in the future 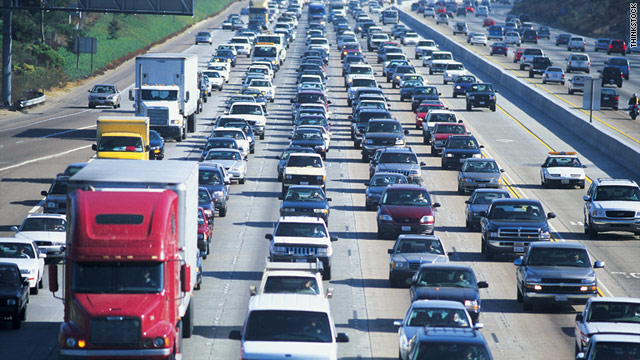 The number of vehicles on the road go from 800 million today to 2-3 billion by 2050.
STORY HIGHLIGHTS
RELATED TOPICS

(Mashable) -- Ford Motor Company Executive Chairman Bill Ford Jr. is confident that the auto industry is on its way to eliminating CO2 emissions.

He's less confident, however, that the world is prepared to adequately deal with an even larger problem: the global gridlock created by a population set to grow to 9 billion people by 2044.

The growth, said Ford in a talk at the TED conference in Long Beach, CA on Wednesday, will see the number of vehicles on the road go from 800 million today to 2-3 billion by 2050. The global gridlock crisis, as Ford describes it, will "stifle economic growth and our ability to deliver food and healthcare ... [and] our quality of life will be significantly compromised."

Citing the fact that the average American spends one week per year in traffic, and that the average resident in Beijing spends 5 hours per day commuting, Ford thinks the answer to the crisis is not to build more roads, but to build a smarter transportation system that makes use of real-time data and connected cars.

Ford envisions a future where all cars are connected and as he puts it, "talk to each other," such that you already have a parking spot at your destination when you leave your house, be automatically re-routed to avoid traffic based on data being sent in real-time by the cars in front of you, and find a cab via your smartphone.

In theory, this data would also let you live a more efficient life, enabling you to leave your home such that you'll get to your destination precisely on time.

Ford thinks such a future "will be ready for prime time really soon," noting that tests of such systems are already under way around the world.

Of course, Ford's company has been an early mover in the connected car space, with Ford SYNC technology now on board 3 million vehicles.

Ultimately though, he sees solving the global gridlock crisis as a huge opportunity for entrepreneurs of all sizes, that can both be profitable and as he puts it, "preserve the freedom to move effortlessly around the world" that has been responsible for so much economic growth in the century since his great grandfather created the Ford Motor Company.