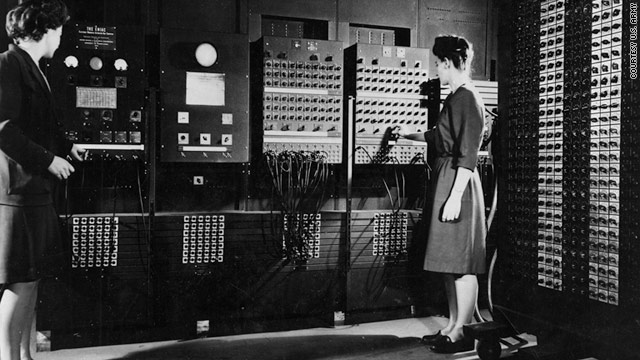 (CNN) -- Jean Jennings Bartik, the last of six women programmers who debugged and operated the earliest general-purpose computer, has died.

Bartik was profiled in a CNN.com story last month about women mathematicians who were recruited by the U.S. military to do ballistics research during World War II. Bartik and five of her fellow "computers" went on to program the Electronic Numerical Integrator and Computer, but they didn't receive recognition for their work until years later.

"Jean is probably one of the most significant pioneers in computing," Rickman said. "Jean worked hard and, as a woman in a man's world at that time, especially in the business world, it's amazing what she was able to accomplish."

Bartik graduated from Northwest Missouri State Teachers College in 1945 as the school's one math major. She recalled living on her parents' farm, refusing the teaching jobs her father suggested and avoiding all talk of marrying a farmer and having babies. Instead, she took a train to Philadelphia to work for the military.

There, she learned ballistics calculations and was quickly hired to work on the ENIAC, created during the war by University of Pennsylvania scientists John Mauchly and J. Presper Eckert Jr.

Bartik and her colleagues debugged the computer, which weighed 30 tons, contained about 18,000 vacuum tubes and completed the same work the women "computers" did but in a fraction of the time.

Bartik went on to work on the BINAC and UNIVAC computers and to work in the fledging high-tech publishing field. Her children and grandchildren all grew up to be good with numbers, she said in February. 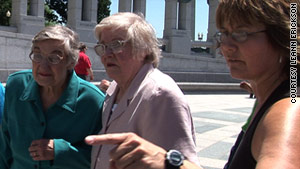 Bartik and the other ENIAC programmers didn't receive much attention for their work after WWII, but their story was recently featured in the documentary "Top Secret Rosies: The Female Computers of World War II." Bartik wrote an autobiography that is being edited; Rickman said he hopes it will be published this year.

In 1997, Bartik was inducted into the Women in Technology Hall of Fame, along with her fellow ENIAC programmers, Kathleen McNulty Mauchly Antonelli, Frances Snyder Holberton, Marlyn Wescoff Meltzer, Frances Bilas Spence and Ruth Lichterman Teitelbaum. In 2008, Bartik was one of the Fellow Award honorees at the Computer History Museum in Mountain View, California, along with Robert Metcalfe, an inventor of Ethernet, and Linus Torvalds, who began the development of the Linux kernel, or operating system.

"I'm going to miss her terribly. It's such an end of an era," said Bill Mauchly, the son of ENIAC pioneers John and Kay Mauchly.

After John Mauchly's death in 1980, Bartik and Kay Mauchly renewed their friendship and gave talks about their experience in the early days of computing. Both women wrote autobiographies, Bill Mauchly said, and remained close until Kay's death in 2006.

"(Bartik) was such a ball of fire and so much fun," Bill Mauchly said. "They made a great team, because my mother was more demure. That's the part I remember, them traveling around like a traveling band, the Jean and Kay Show. They finally got to have their own little audience."

"They're going to continue to be an example of women in technology from the very beginning. I think (Bartik) gave us what we needed to remember her by."

"Women are busily working on it," she said. "I have high hopes for them."