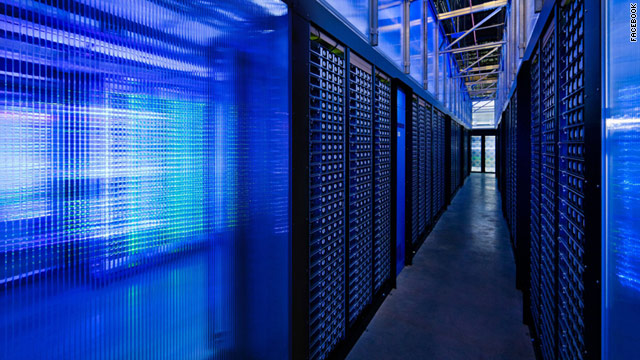 Facebook invited reporters, hardware makers and rival internet companies to its headquarters to debut a new initiative on Thursday for improving website infrastructure.

With this Open Compute Project, Facebook is publishing documents that describe how to build the network of computers that support the site's millions of users and enormous banks of information.

"It's easy to look past what powers that," Facebook CEO Mark Zuckerberg said in his introduction. "A lot of the stuff that the mass manufacturers (of servers) were putting out wasn't exactly what we needed and what a lot of the social apps need."

Representatives from Google, Microsoft, Twitter, Shutterfly and several other competitors were seen at the event. Some attending the meeting said they were there to learn and are mulling what contributions they could make or knowledge they could gain from the documents.

Amazon.com announced a new pricing structure for its cloud hosting services on Thursday morning, which reduces the cost for some of its server-hosting programs. Many startups as well as big companies like Twitter and Zynga have relied on Amazon's Web Services at one time or another.

Facebook's initiative could be seen as a potential jab at Google and Amazon, which closely guard information about their infrastructure and facilities, Forrester Research analyst Richard Fichera wrote in a report.

Zynga Game Network, which makes FarmVille, provided an executive for a panel held after the announcement but didn't commit to the project.

The company, with its 250 million players, is "really intrigued" about piloting the system on an internal network, Allan Leinwand, an executive for infrastructure engineering at Zynga, said on the panel. However, "We haven't run it through its paces at this time," he said.

Facebook says its new servers are about 31% more energy efficient than previous ones the company used, which were in line with the industry average. They keep cool using outside air funneled through a data center instead of pricey air-conditioning units. Facebook's main data center resides in Prineville, Oregon.

"We could continue doing things the normal way. Or we could take a little detour, and do things extra special," Jonathan Heiliger, a Facebook vice president for technical operations, said onstage. "It's really good for the environment, and it's a really smart use of our resources as a small and growing company."

"It's functionally beautiful," said Amir Michael, Facebook's hardware design manager, describing a server free of paint or screws like a car salesman might. "It would be sweet if we could light the data center up in blue -- so that's what I ended up doing."

Dell, Hewlett-Packard and Intel had demonstration tables for its server technology in the back of the event, held in Facebook's cafeteria. Dell is already using Facebook's motherboards in its hardware, and Facebook has already secured 10 to 15 partners for the initiative, said Frank Frankovsky, Facebook's director of hardware design and supply chain.