Your next waiter or waitress may be ... a tablet 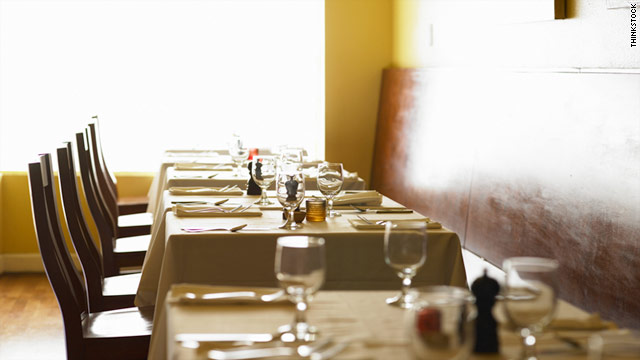 Tablets that take orders, entertain guests and accept check payments are coming to a table near you.
STORY HIGHLIGHTS
RELATED TOPICS

(Mashable) -- As the mainstream tablet war rages, a similar device battle is heating up in the restaurant industry.

Tablets that take orders, entertain guests and accept check payments are coming to a table near you.

One company that is selling those tablets, E la Carte, announced on Tuesday that it has raised more than $1 million in funding from prominent investors like Y Combinator, Dave McClure and SV Angel.

The company will soon be launching tablets in 20 restaurants on the West coast. It also has a partnership with a large restaurant chain in the pipeline that hasn't been announced yet -- but the fact that Applebee's executives participated in the funding round might provide a hint.

Why the interest in providing every table with their own touch-screen tablet? For starters, people buy more food when they can do so instantly, without waiting for service. In the six restaurants that ran a pilot scheme, according to CEO Rajat Suri, customers at E la Carte tables spent 10% to 12% more than those at other tables.

E la Carte tablets allow customers to browse a full menu and communicate their orders directly to the kitchen. They come loaded with social games and a calculator for check splits and tips.

They also allow customers to email themselves a receipt or instantly sign up for a loyalty club. In high-end restaurants, the tablet can suggest an appropriate wine pairing for a meal.

Eventually, E la Carte might offer restaurants the option to compile data about their customers' preferences as they use the device.

Some restaurants have attempted similar functionality by loading their menus onto iPads or asking customers to download an app onto their own devices. The iPad's problem in this situation: its minimum $499 price tag.

Restaurants that can afford menus that expensive aren't casual restaurants, like Applebee's, where a digital ordering system seems more appropriate.

Asking users to download an app like Storific poses the problem that not everybody carries a smartphone. Even those who do might not want to pause and download an app as they sit down to lunch.

A dedicated device, which E la Carte plans to install for a price that is "significantly lower" than the iPad, seems to be a more promising way for the tech world to break into the $6 billion U.S. restaurant industry.

Other companies are already in this game. Tabletop Media makes a similar tabletop product that it began to deploy in 2008. The company has established customers with chains like Chili's Uno's Chicago Grill, and California Pizza Kitchen and will be in 250 stores by the end of the summer.

Both E la Carte and Tabletop Media charge the restaurants a monthly fee to use a network of devices.

"It's propelling the restaurant industry into the Internet age," Suri says.