Steve Jobs to headline Apple event as it unveils iCloud 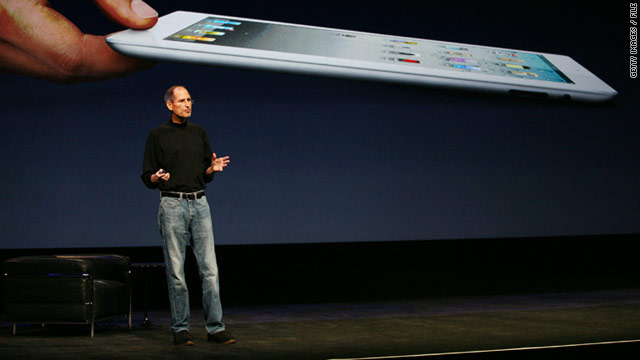 (CNN) -- For a guy who is on medical leave, Steve Jobs is keeping a pretty high profile.

Three months after surprising observers by stepping onstage to introduce the iPad 2, the Apple CEO will headline the keynote at the company's annual developers' conference Monday.

Jobs will join a team of executives in unveiling Apple's next generation of software, including iCloud, Apple's upcoming cloud services offering, the company said.

Jobs was diagnosed with pancreatic cancer in 2003 and had a liver transplant in 2009. In January, he took an indefinite medical leave "so I can focus on my health" -- his second leave from the company in the past two years.

Chief Operating Officer Tim Cook has been running Apple in Jobs' absence. However, Jobs showed up March 2 at the San Francisco launch of the iPad 2, where the stunned audience gave him a standing ovation.

We are in the computer cloud

Jobs and others are expected to introduce Lion, the eighth major release of Apple's Mac OSX and iOS 5, the next version of the mobile operating system which powers the iPhone, iPad and iPod Touch.

iCloud, according to bits of information leaked before the conference, is rumored to be a "digital locker" type service, similar to Amazon's recently released cloud storage service for music. In recent weeks Apple has signed cloud-music licensing agreements with several music labels, according to reports.

Such a service would allow Apple customers to stream music online in addition to downloading songs via iTunes.

In recent years Apple has unveiled a new iPhone at the WWDC, but such an announcement is not expected next week.