Gates Foundation: 'We need to reinvent the toilet' 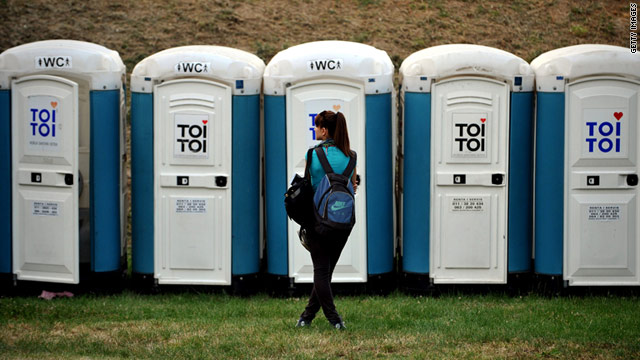 The modern flush toilet hasn't changed much since the 1700s, when it was invented.
STORY HIGHLIGHTS
RELATED TOPICS

This unsightly piece of technology, which everyone uses but no one seems to think much about, is in desperate need of an overhaul, according to the Bill & Melinda Gates Foundation, which launched a challenge to "reinvent the toilet."

The foundation announced $41.5 million worth of grants on Tuesday aimed at getting someone to reengineer the flushing porcelain pot, which has been in use since the 1700s.

"No innovation in the past 200 years has done more to save lives and improve health than the sanitation revolution triggered by invention of the toilet," Sylvia Mathews Burwell, president of the foundation's global development program, said in a statement. "But it did not go far enough. It only reached one-third of the world. What we need are new approaches. New ideas. In short, we need to reinvent the toilet."

So what exactly is wrong with the current commode?

It's too expensive for people in the developing world; it requires water and a sewer-system hook-up, which aren't always available; and it does nothing to actually treat human waste, said Frank Rijsberman, the foundation's director of water sanitation and hygiene.

"We like the toilet. It was invented in 1775, saved millions of lives," he said. "At the same time, it didn't reach two-thirds of the world's population."

So it's high time for an update, he said.

About 2.5 billion people don't have access to toilets as we've currently imagined them, and this lack of toilet access encourages the spread of diarrheal diseases, which are blamed for the deaths of 1.5 million children each year, according to the World Health Organization.

"We want to look at waste as a resource and recycle it," Rijsberman said. "We think we can recycle the energy, the minerals and also the water. We want to reinvent the toilet that is cheap, that doesn't cost more than a few pennies, that poor people want to use and that will recycle minerals, energy and water."

The Gates Foundation has given out eight grants (here's the list as a PDF) to universities that are trying to dream up a toilet 2.0.

Here are a few of the most striking ideas from those grantees:

• M. Sohail, from Loughborough University in the UK, is making a toilet that will "recover water and salt from feces and urine."

• Georgios Stefanidis, from Delft University of Technology in the Netherlands, is working on a toilet that will generate electricity from waste, which will be "gasified into plasma" using microwaves. That gas can be used to generate electricity, according to the proposal.

• Yu-Ling Cheng, from the University of Toronto, is trying to make a toilet that will "sanitize feces within 24 hours" so human waste doesn't transmit disease through a community. Chen plans to use a process of dehydration, filtration and smoldering to render the waste harmless.

• Michael Hoffmann, from the California Institute of Technology, plans to develop a solar-powered toilet. Solar cells generate enough power to process waste and turn it into fuel for electricity.

The Gates Foundation warns that none of these efforts constitutes a "silver bullet" that would solve the world's sanitation problems and says new toilet designs must be pursued in tandem with better wastewater treatment and sanitation systems.

Some efforts to remake the toilet have gone down the tubes.

"There have been a lot of toilet projects out there and a lot of failures," Marla Smith-Nilson, executive director of Water 1st International, told The Seattle Times.

But the Gates Foundation remains hopeful that "radical innovation" can help.

The universities that received funding are expected to have working prototypes within a year, and the foundation expects some of the projects to be ready for rollout in three or four years, Rijsberman said.

Although these redesigned toilets are targeted at third-world countries, some of these ideas would be helpful in United States and Europe, too, Rijsberman said, especially in addressing water shortages.

"How much sense does it make to clean up water to drinking water standards and then flush it down with sewage in an expensive pipe system?" he said. "We think modern science and technology can produce something that is more like the cell phone of sanitation."