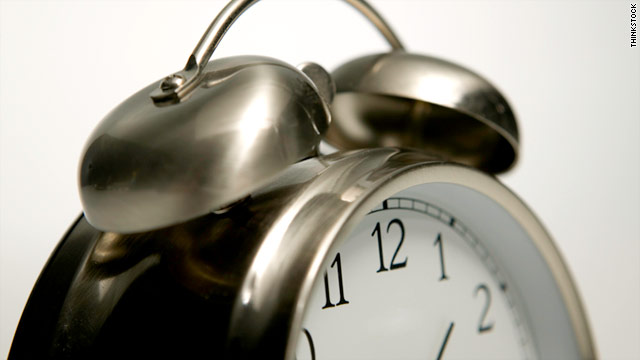 (Mashable) -- When Apple's alarm clock app failed, letting down a multitude of users on New Year's Day and January 2 due to the bug the company still hasn't fully explained, we started looking around for alternatives.

Apple said yesterday that the failure of its clock app only happens when you set a one-time alarm, and it will somehow fix itself on January 3.

We have made a call and sent an e-mail into Apple asking why this happened. Meanwhile, we were thinking it wouldn't hurt to look around for something that might be dependable 365 days a year.

In this post, we mentioned one alarm clock app that costs $0.99 and gets the job done, but its design leaves much to be desired.

What about free apps? Are there acceptable alternatives to Apple's clock that's included in every copy of its mobile operating system? And most importantly, do those other clocks suffer from the same alarm problem?

We confirmed that the alarm failure problem in Apple's app is still happening today, when we set an alarm and nothing happened.

We found five free alarm clock apps that don't have that problem. We picked these acceptable alternatives out of the hundreds of choices available, and they all were able to reliably sound an alarm today. Each one has certain limitations, but the impact of those deficiencies is lessened by the fact that these apps are all free.

This ad-supported alarm clock reminds us of the Android operating system with its flip clock on top.

We like its helpful weather report included just below the timepiece. It works when you have the phone sleeping and the screen is locked, but for that background alarm capability, you'll be limited to just four different sounds with the free version.

Another ad-supported app, this one can also multitask, so the app doesn't need to be running for its alarm to sound. We like the way it offers a choice of pleasant-looking analog clock faces in addition to the usual digital look. An unusual feature is its ability to display almanac information such as sunrise, sunset, the exact time of midday and even your latitude and longitude.

Swipe from side to side, and you're offered a choice of a dozen different clock styles. Some of them are stylish. Others, not so much. Surprisingly, this app is not ad-supported, and you can wake to vibrate-only alarms without sounds.

What's the catch? Although you can lock your screen and put it in sleep mode, the app must be running for its alarm sounds to work. This one would work best in a dock overnight.

Here's another ad-supported app that has fast app switching for background alarms. However, there's only a few choices for alarm sounds if you want to use that feature. If you're willing to leave it in a dock overnight and keep it running, it can wake you up to any song in your device's music collection.

A slight limitation: Its orientation is vertical-only.

At first glance, iClock Free seems surprisingly full-featured, but maybe that's because it's ad-supported. It automatically adjusts for landscape or portrait orientation, but although you can turn the alarm off for different days, it only allows you to set one alarm time in this free version.

Still, it has a lot going for it, with its alarm sounds that work when you're not running the app, and for heavy sleepers, it offers a puzzle that you must solve before you can silence the alarm.