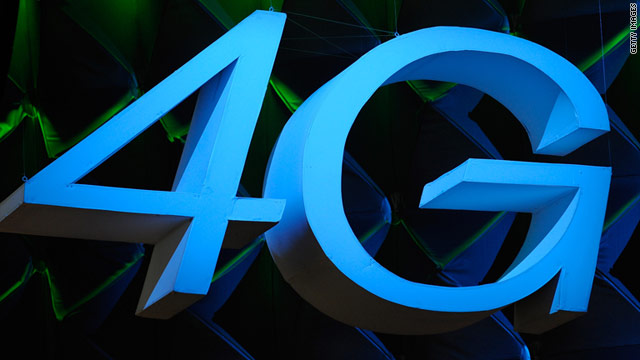 AT&T plans to release 20 devices with 4G, starting with HSPA+ phones in the next few months.
STORY HIGHLIGHTS
RELATED TOPICS

Las Vegas, Nevada (CNN) -- AT&T, which has been late to the 4G race, announced detailed plans for its faster, fourth-generation network on Wednesday while showing its first 4G smartphones.

The carrier has begun upgrading its network to a protocol with the awkward name of HSPA+ and that is faster than today's 3G. That process will ramp up this year, said AT&T executives at a developers conference here during the Consumer Electronics Show.

During the second half of the year, AT&T plans to begin rolling out a more advanced technology called Long-Term Evolution (LTE), which is very similar to the 4G network Verizon Wireless launched late last year.

Both protocols are expected to allow smartphone users to upload and download mobile Web data faster than current 3G networks.

Executives for AT&T, the second-largest U.S. carrier by subscribers, were careful to distinguish between the two infrastructures because they believe that having both provides a technical edge.

T-Mobile USA, which claims to have the nation's largest 4G network, has only deployed HSPA+. Verizon skipped over that technology in favor of the faster LTE. And Sprint Nextel uses something entirely different.

AT&T says having both technologies in place lets users, when out of range of an LTE 4G network, fall back on the still-fast HSPA+. AT&T Mobility CEO Ralph de la Vega boasted that as "something our competitors will not be able to match."

Yet, in an identity crisis that seems to plague the wireless industry, AT&T Marketing Chief David Christopher blurred the lines during his speech. Phones carrying the moniker "4G" will have only the soon-to-be-dated HSPA+.

Christopher said the carrier's "blockbuster lineup of 4G tablets" will be led by a touchscreen computer with HSPA+ from Samsung Electronics, which will come out in the spring or summer. A tablet with the faster LTE chip will debut in the second half of the year, he said.

Unlike competitors, AT&T says it's upgrading cellular sites that receive the most demand, rather than focusing on rollouts in entire cities.

The other three major carriers launched 4G networks in piecemeal -- first rolling out the network, along with 4G laptop cards, and then releasing smartphones for them. Sprint and T-Mobile were without phones to take advantage of their speedier networks for months.

Verizon has yet to unveil its 4G phones, but the company is expected to do so on Thursday.

AT&T plans to release 20 devices with 4G, starting with HSPA+ phones in the next few months. LTE phones will come in the latter half of the year, around the same time as the launch of that network.

"AT&T is moving ahead so quickly with their 4G rollout, and we are part of that," said HTC CEO Peter Chou at the event. "In this era of breakneck technology change, many people want more."

J.K. Shin, Samsung's mobile president, says the company will add another phone, called the Infuse 4G, to its Galaxy S lineup. The Android smartphone is very thin and has a 4.5-inch touchscreen -- larger than most rival models. It will also have an 8-megapixel camera on the back and another on the front.

Motorola's Atrix 4G phone will have a sure-to-be-fast dual-core processor inside, allowing it to pump out 1080p high-definition video through an HDMI port.