Why a Verizon iPhone doesn't spell disaster for AT&T 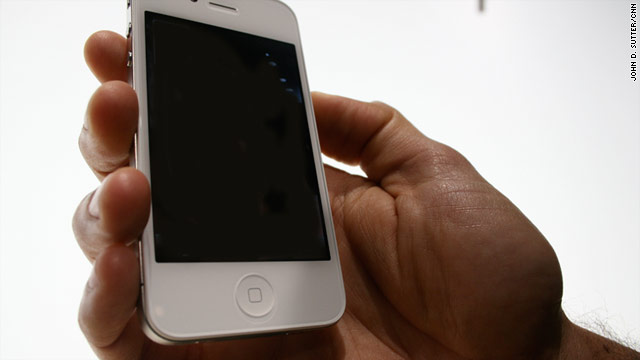 The intense battle between Verizon and AT&T is going to play out for years to come.
STORY HIGHLIGHTS
RELATED TOPICS

(Mashable) -- Verizon is about to deliver a blow to AT&T when it ends the network's exclusive hold on the iPhone, but it definitely won't be the end of the world for the second largest carrier in the U.S.

Earlier this week, Verizon announced a press event for Tuesday in New York City. All signs indicate that Verizon will introduce the iPhone on its network and launch it in the next few weeks. At this point, nobody should be surprised: it's Apple's worst-kept secret.

Since the news broke about Verizon's event, there has been no shortage of media reports about the potential negative impact of the Verizon iPhone on AT&T. Some of it has devolved into (justifiable) AT&T bashing, and some predict that it'll be a major or even mortal blow to the nation's second largest network.

Let's take a step back and keep some objective perspective, though. While the Verizon iPhone will have a negative impact on AT&T, it's not going to break AT&T's back. The network has been preparing itself for the loss of its iPhone exclusivity contract for a long time. It's ready to do battle with Verizon.

While a group of early adopters are likely to burn their contracts and switch to Verizon on day one, the vast majority of people will not. The reason is that the switching costs are simply too high.

AT&T made a smart business decision last year: it bumped up the iPhone's early termination fee. If consumers want to switch, the first fee they will have to pay is the ETF, giving AT&T even more money to pad its profits.

While some consumers can afford to switch, the vast majority don't have that kind of money and are on family plans that they won't abandon immediately.

There is at least one more switching fee for AT&T users who want to jump to Verizon: the switch from UMTS to CDMA. UMTS is a more prevalent 3G standard for a simple reason: it's a better technology.

AT&T actually does have the fastest 3G network in the U.S. and it does have the advantage of being able to send and receive data and voice at the same time, while the Verizon iPhone will not be able to do data while on a phone call.

We may hate AT&T, but it has a response plan

Of course, people will rightly point out that a faster 3G network means nothing if you can't even connect to 3G in the first place.

Verizon has a lot of advantages over AT&T. It has the largest 3G network coverage in the U.S. More importantly, it doesn't have the distinction of being the nation's most despised wireless carrier.

I basically gave up on my iPhone at CES in Las Vegas this week and relied on my Verizon Droid 2 instead. It's utterly embarrassing that AT&T still has these kinds of problems more than three years since the iPhone's debut.

Oh, and the Verizon iPhone will reportedly offer unlimited data as a slap in AT&T's face.

That's not enough to take down AT&T though, and the carrier is ready to fight back against the Verizon iPhone threat.

When the iPhone 5 rolls out sometime this summer, both networks will pull out all the stops in order to get consumers. Price cuts, heavy advertising and incentive offerings will be plentiful later this year. Verizon is going to take some AT&T customers, but it won't get them without a fight.

At the same time, AT&T is stocking up on some powerful phones to complement the iPhone. Motorola debuted the ATRIX 4G at CES last week, a 1GHz dual-core processing beast that sports a 960×540 qHD screen, a 1,930mAH battery and a full GB of RAM. It even has a dock that lets you use your Android phone and a full version of Firefox on the same screen.

It was the best phone to debut at CES, and it is exclusive to AT&T.

The carrier will try to pull away happy Android phone users from Verizon and other networks with competitive contracts and a new line of ridiculously powerful phones. With phones like the ATRIX, Verizon won't be having all the Android fun.

The bottom line is that AT&T isn't going to be hemorrhaging users on Verizon iPhone launch day due to switching costs, and AT&T has strong profits and a strong line of phones, including the iPhone, coming to market this year that will keep it competitive.

The Verizon iPhone isn't likely to change the fate of either company. Instead, the future of both carriers will depend on the speed and strength of their 4G network rollouts.

Verizon has started its 4G rollout and AT&T will begin its 4G launch later this year. AT&T's past sins could be forgiven if it succeeds in rolling out a reliable 4G network, but failure could cement its rather poor reputation.

Yes, the Verizon iPhone will negatively impact AT&T. However, to say that it will put AT&T on the ropes is just silly.

The intense battle between these two carriers is going to play out for years to come, and both have tricks up their sleeves that will continually change the rules of engagement.