Mobile phones: How to 'keep your brain away from the antenna' 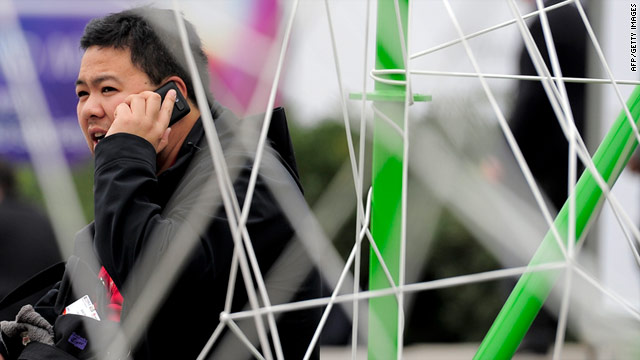 Some doctors encourage people to keep phones away from their heads as a way to reduce radiation exposure.
STORY HIGHLIGHTS
RELATED TOPICS

Is that a big deal? The scientists aren't sure, according to CNN Health's report. But our story has scary tidbits.

Like this quote, from Dr. Nora Volkow, the Journal of the American Medical Association study's lead author and a neuroscientist at the National Institutes of Health:

"The human brain is sensitive to the electromagnetic radiation emitted by cell phones, but for the brain to be impacted the cell phone has to be close to the antenna. So keep your brain away from the antenna."

In layman's terms: It's better to be safe than sorry, she says.

Despite years of research, there's still no conclusive proof cell phone radiation causes cancer and other health problems in the brain. Studies, some of them funded by the wireless industry, have produced contradictory findings.

But the nearly ubiquitous devices haven't been proven 100% safe either.

So, for the sake of argument, let's say you are worried about this and you do want to "keep your brain away from the antenna."

How do you actually do that?

Here are a few options, taken from an earlier CNN tip sheet and influenced by another from the Environmental Working Group, an advocacy organization:

Quit talking on the phone

In the age of "can you hear me now," this won't be easy. One workaround , however, is to send text messages instead of calling. Not only will this keep the phone in your hand and away from your brain, it may help you connect with that pint-sized niece of yours who has given up "verbaling" completely.

Wear headphones when you talk

Wearing headphones -- or those Bluetooth headsets -- when you're talking on the phone can cut down on your exposure to mobile phone radiation. The only downsides to this are sociological: It looks weird if you're talking to yourself in public; and tech-savvy friends may judge you for wearing a Bluetooth earpiece.

Buy a phone that emits less

The U.S. Federal Communications Commission sets a radiation threshold that all cell phones sold here must fall below. Industry groups say this level is plenty strict, maybe even too strict. But others say consumers should be informed about how much radiation their phones emit and, if they want, they should be able to purchase a lower-radiation phone.

San Francisco last year started requiring cell phone manufacturers to advertise radiation levels in stores. If you don't happen to live in the Bay Area, however, don't fret. The Environmental Working Group and CNET News both have posted online lists of cell phones and their radiation levels.

General rule of thumb: The smarter the phone, the more radiation.

Use the speaker function

This one is easy to forget. Say you don't have headphones with a built-in microphone and you don't want to buy a geeky Bluetooth headset. The obvious solution: Just use your mobile phone's speakerphone feature.

Bonus tip: This probably works better when you're alone than when you're sharing your conversation with the entire room.

Don't talk as much

Take this as literally as possible. It's not just how long you're on the phone, but how much time you spend talking in a phone conversation that actually contributes to the amount of radiation your phone emits, according to the Environmental Working Group.

Maybe it's a good time to work on some listening skills.