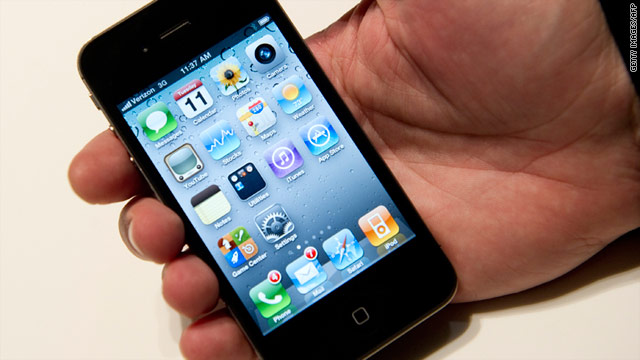 After declining to recommend the popular smartphone after its original release last June, the influential product review publication is now giving a thumbs-down to the new model for Verizon's network.

According to Consumer Reports, the phone has the potential for problems with dropped calls and poor reception, just like its predecessor.

"The Verizon iPhone 4 closely resembles the original AT&T iPhone 4 in many positive respects, including offering great multimedia functionality, a sharp screen, and the best MP3 player we've seen on a phone," Paul Reynolds of Consumer Reports wrote Friday on the group's Electronics Blog.

"Unfortunately, it also shares with its sibling the possibility of compromised performance in low-signal conditions when used without a bumper or case."

The blog post swerves back and forth sharply, complimenting multiple features of the phone (and noting positive reviews from users) but saying that lab tests by its engineers showed the reception issue.

The problem involves holding the external band that wraps around the ultra-thin phone and houses its antenna. Covering the bottom left side of either band hurts reception, according to Consumer Reports and other reviewers. Bloggers dubbed it "the Death Grip."

In July, Apple CEO Steve Jobs announced that the company would give away free bumpers to cover the antenna on the AT&T iPhone 4. But a few weeks later, the company discontinued the program, saying the problem had been exaggerated.

Representatives for Apple and Verizon did not immediately respond to messages seeking comment for this report.

Last month, when asked about phone's prior troubles, Apple COO Tim Cook said the antenna was "going to work great." The Verizon iPhone went on sale February 10 and has a slightly different configuration than the AT&T model.

At that time, Verizon chief technical officer David Small told CNN that the antenna problem that plagued the AT&T version of the phone wouldn't have passed his company's testing.

"We have a very stringent design criteria for our antennas," he said. "You won't see any antenna issues with this device."