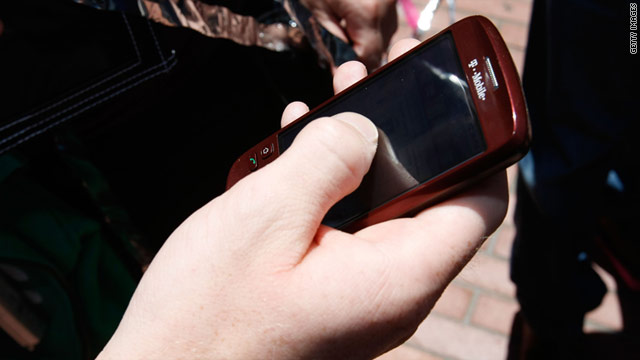 Currently Android has 29% of the U.S. smartphone market; while the iPhone and BlackBerry hold 27% each.
STORY HIGHLIGHTS
RELATED TOPICS

(CNN) -- The smartphone market is pretty competitive, which can make choosing a phone challenging for consumers who just want a clear answer on which of these pricey devices they should buy.

Right now, the three leading types of smartphones are running nearly neck-and-neck in the U.S., although Google's Android models may be inching ahead.

New data from Nielsen shows that slightly more U.S. consumers are buying Android phones than any other type of smartphone. Currently Android holds 29% of the US smartphone market; while the iPhone and BlackBerry hold 27% each.

But wait: Android is an operating system, and there's considerable diversity among the manufacturers, models, features, and general user experience available in that category.

Under the "Android" label you'll find everything from the high-end Motorola Droid Pro and the HTC Evo 4G to the lower-tech Samsung Intercept. Also, Android system updates get rolled out unevenly to various Android devices.

In terms of manufacturers, Nielsen notes: "RIM and Apple are the winners compared to other device makers since they are the only ones creating and selling smartphones with their respective operating systems.