Only one in four mobile apps engages user, study says 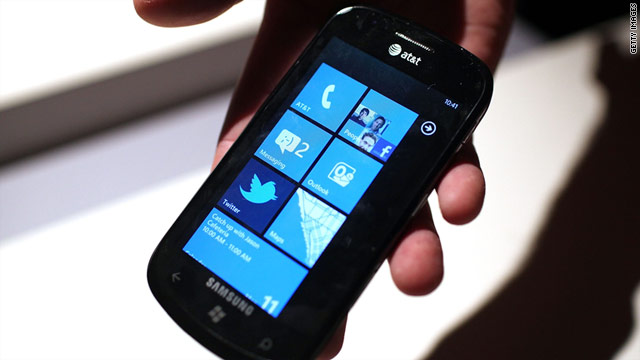 Which apps do you regularly keep on your mobile device's home screen because you access them daily?
STORY HIGHLIGHTS
RELATED TOPICS

(CNN) -- What makes a good mobile app? In general, it's not whether you download it but whether you keep using it.

The best mobile apps are not merely interesting, fun or useful, but they're engaging. And new research from the mobile metrics firm Localytics indicates that only about one in four mobile apps succeed at being engaging.

In January, Localytics analyzed data about how thousands of Android, iPhone, iPad, BlackBerry and Windows Phone 7 apps are being used.

They found that 26% of all apps downloaded are opened only once and then never used again. This week, they released new results showing that the exact same percent (26%) of mobile apps are used 11 times or more -- a pretty good benchmark of engagement. (I'll get to what happens with the remaining 48% of apps farther down).

The study offered no examples of which apps fell into each category.

Also, the study offered no statistics on apps that people tend to keep running in the background -- especially for purposes such as security, power management or instant messaging. Nor did it mention pre-installed "crapware" apps that are difficult to uninstall without rooting or jailbreaking the phone and which often auto-launch despite the user's wishes.

(On my HTC/Verizon Android phone, CityID and Slacker Radio come to mind as conspicuous auto-launching crapware.)

Take a look at your own smartphone or tablet, if you have one. Which apps do you regularly keep on your home screen, because you access them daily (or several times daily)?

Chances are these apps all allow you to do something that is especially important or rewarding to you -- organize your schedule, keep up with friends, take pictures, get directions to a location, read an e-book, browse the Web or play a favorite game.

What about the apps that you use less often but keep coming back to? What makes you turn to them? And do you just remember what they're named so you can choose them from your app list, or do you keep their icons on special screens or folders?

In my experience, a telling example of how much people value an app is how easy they make it for themselves to find it and open it.

It's seriously challenging to create an app that becomes a must-use-daily hit. As MG Siegler wrote recently in TechCrunch, many smartphone users have already hit their personal "app wall."

And if people don't use your app daily, chances are it'll join the array of forgotten apps that accumulates on most smartphones -- much like the community of forgotten toys in "Toy Story 3." (Hmmm ... sounds like a viral video idea ... )

Fierce Wireless editor Jason Ankeny observes that these in-between numbers indicate that most app users might not be so fickle after all:

"A worthless app is like a particularly loathsome song, something you hear once and hope to never hear again. The point is that consumer reaction is instinctive and immediate -- it rarely, if ever, requires six or seven listens to determine whether a song is great.

"You just know. But mobile subscribers seem to be giving the average application far greater opportunity to win them over, going back to it on multiple occasions even if it doesn't knock them out the first time around. They want apps to wow them; some do, most don't.

"Either way, consumers are giving the majority of them a fair shake. Developers can't ask for more than that."