Android is the Windows of mobile platforms 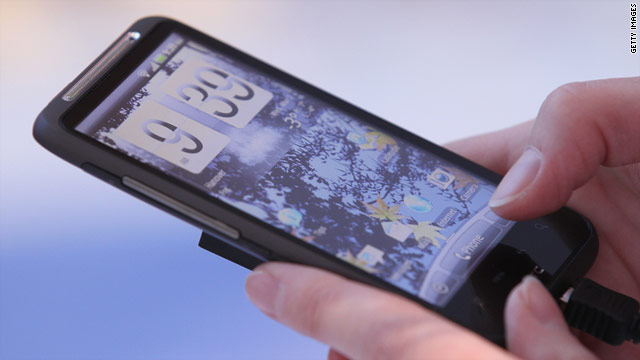 (CNN) -- By the end of 2011, Android will be the most popular smartphone platform worldwide. At least that's what the International Data Corporation predicts in its latest worldwide quarterly mobile report.

Even though mobile technology forecasts are dicey business, Android is, by all measures, gaining ground fast in the United States and abroad.

Android already has taken a slight lead in the U.S. smartphone market, according to recent Nielsen data.

This makes me wonder: Is Android filling the same role in the mobile world that Windows does in the computer world?

There are similarities. Like Windows, the Android operating system, or OS, is available for use on multiple devices by multiple manufacturers. This means that Android users have broad choices in device form factors, capabilities, quality, manufacturers and wireless carriers.

Except for the carrier part, this mirrors the PC world. You can buy a Windows computer from almost any manufacturer except Apple, and there's an immense selection of devices, features and prices.

Consumers can purchase Android phones that range from about $50 to $500 or more; choose from almost any wireless carrier; and choose from a wide array of contract, no-contract, and prepaid plans.

The BlackBerry is very competitive in terms of price, carriers, and plans -- but not in terms of manufacturers and features. And, while you can buy an iPhone 3GS for as little as $50 from some retailers, the choice of carriers and plans is starkly limited when compared to Android or BlackBerry.

I've heard some people complain that too much diversity in mobile device types and operating system versions is bad for consumers, because it leaves too much room for poor quality control and for lagging software updates. But, in my experience, the Android users -- and Windows computer users, for that matter -- who care most about device speed, quality, and capabilities don't seem to have any trouble finding devices that meet their needs.

Meanwhile, the people who only need or who can only afford a basic device also have a broad range of choices.

All in all, I think the choices provided by Android are good for consumers. I don't begrudge Apple its walled garden of mobile device and carrier choices -- there is much to be said for their design sensibility and quality-control, and you'd have to pry my MacBook Pro from my cold dead fingers.

But, in general, it's best if all consumers are able to choose devices that suit their needs, preferences, and budgets. Putting lots of inexpensive and mid-range consumer options on the retail market is a key way to bridge the digital divide, especially when it comes to mobile technology.

That is, unless Google starts coming under more regulatory scrutiny.

"If IDC's handset sales projections come true, Google will continue to enjoy near-total dominance of browser-based mobile search ad revenue -- which will run into the billions by 2015. (Google also enjoys search dominance on the iPhone as well.) Its ownership of the AdMob ad network may also give it a potentially dominant position in global display advertising on Android devices. ... At this point, Android's success has wildly exceeded Google's most optimistic scenarios. In fact, it's so successful that Android is likely to become a target of regulatory and antitrust scrutiny at some point in the next couple of years."

IDC also predicted that by the end of 2011, Windows Phone 7 will be the No. 2 smartphone platform in the world. That situation would have been unthinkable a year ago -- but Nokia's recent decision to shift its smartphones from the Symbian platform to Windows Phone 7 created an instant, and huge, mobile market for Microsoft, which previously lagged significantly.

This outcome is far from definite, however.

ZDNet notes: "Microsoft and Nokia could break up if things don't work out, Apple may come up with some major change in iOS that gains them some market share, or HP's webOS could even break the 5% market share level."