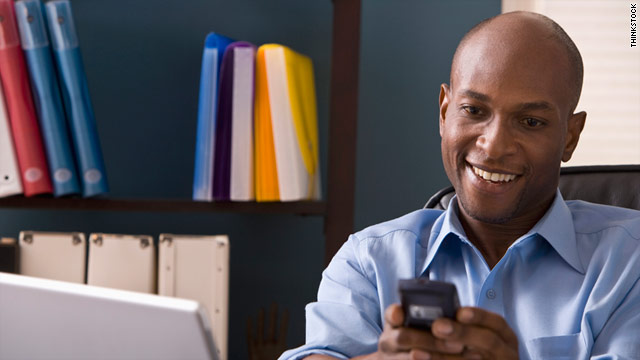 (CNN) -- If you access Facebook via the Web browser on a "feature phone" -- a simpler, less powerful cousin to the smartphone -- your experience might improve significantly over the next few weeks.

On Friday, Facebook announced an upgrade to its "lean" mobile site m.facebook.com. This upgrade integrates the full range of features found in Facebook's mobile site for smartphones and other phones with touchscreen browsers: touch.facebook.com.

This update is being rolled out gradually to Facebook users. Facebook product designer Lee Byron explained: "With the new m.facebook.com, users with high-end touch devices will see a rich touch-friendly interface; for users with feature phones, the site will look and work great. ...There will no longer be a difference between m.facebook.com and touch.facebook.com, we'll automatically serve you the best version of the site for your device."

Here's why this is a smart move -- one that I wish more online sites and services would emulate.

Too often, as popular sites and services upgrade their mobile offerings, they cater primarily to smartphone users -- which means they end up leaving the vast majority of mobile users further behind. According to new numbers from ComScore, currently only 29% of handsets in use in the U.S. are smartphones.

A brief definition: While the lines between the two types of devices are becoming blurred, smartphones are defined as having operating systems capable of running "native" apps with a wide range of sophisticated functions, and fully featured web browsers (usually based on the Webkit browser). Feature phones tend to be cheaper, simpler, and more limited. Often feature phones lack touchscreens, and they usually run simple apps based on Java.

With an enhanced experience for simpler cell phones, I'd expect that Facebook might quickly grow its mobile user base -- and probably also pick up a lot of new website users.

"Every time we launched a new feature, we had to build it multiple times across different code bases," wrote Byron. "Once for facebook.com, then again for m.facebook.com, touch.facebook.com, and in native applications as well. Honestly, we weren't very good at doing this, so certain features were missing on different devices."

Coupled with Facebook's recent acquisition of Snaptu -- a popular platform for Java-based apps that runs on most feature phones -- this consolidation of the company's mobile Web efforts indicates an unusually inclusive mobile strategy.

Facebook is clearly taking a hard look at the mobile market that actually exists, rather than the one that most developers and wireless carriers seem to believe, or wish, exists.

If Facebook can move fast to serve feature phone users well, while other social media services -- except Twitter, of course -- tend to treat feature phones as an afterthought, it's more likely to maintain loyal users for the long term.