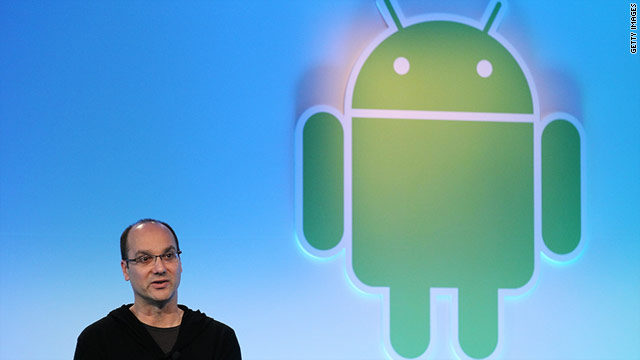 "We continue to be an open source platform and will continue releasing source code when it is ready," wrote Andy Rubin.
STORY HIGHLIGHTS
RELATED TOPICS

"We continue to be an open source platform and will continue releasing source code when it is ready," wrote Rubin on the Android Developer Blog.

"As I write this the Android team is still hard at work to bring all the new Honeycomb features to phones. As soon as this work is completed, we'll publish the code. This temporary delay does not represent a change in strategy."

Google has championed its platform as the open alternative to Apple's closed iOS system. That openness has been called into question recently, as Google has yet to release the Honeycomb source code to all developers and manufacturers.

Motorola is the exception: The company's Honeycomb-fueled Xoom tablet has been on the market for more than a month, which makes Google's decision to hold the code from wide release a bit mystifying.

Members of the Android industry showed faith in Google, however.

"They say they're going to release it, I'm not gonna call them liars," Linux Foundation executive director Jim Zemlin told WIRED.com in an interview. The Android OS is based on a version of the Linux OS, which has been an open source, collaborative platform since its release decades ago.

Over the past few months, according to several people familiar with the matter, Google has been demanding that Android licensees abide by "non-fragmentation clauses" that give Google the final say on how they can tweak the Android code -- to make new interfaces and add services -- and in some cases whom they can partner with.

Rubin combats this claim directly, stating Google's so-called "anti-fragmentation program has been in place since Android 1.0," citing a list of compatibility requirements manufacturers must adhere to in order to market a device as "Android-compatible."

He's referring to Android's compatibility test suite, or CTS, an automated litmus test to measure whether or not a piece of hardware can claim to run Android.

"Our approach remains unchanged: There are no lock-downs or restrictions against customizing UIs," wrote Rubin.

"In the time since we've started working with Google, our relationship has matured, but it isn't any more limiting than it ever has been," Christy Wyatt, Motorola's VP of mobile software development, told Wired.com. "I don't believe that anything has changed in the CTS since the beginning."

Finally, Rubin emphatically denied other rumors of ARM-chipset standardization in the platform, much of which arose in the wake of an anonymously sourced DigiTimes story.

"There are not, and never have been, any efforts to standardize the platform on any single chipset architecture," Rubin wrote. With the Nexus One, Google's first flagship phone, the company worked with Qualcomm to install its 1-GHz Snapdragon ARM processors in the HTC-manufactured handsets.

The subsequent Nexus S came equipped with Samsung's 1-GHz Hummingbird processor, which is also based on ARM architecture.

It's out of character for Rubin and Android to post such a defensive update. Rumors circulating in the media are usually given a brusque "no comment" by Google's communications team.

But the title of Rubin's post -- "I think I'm having a Gene Amdahl moment" -- explains it all. Amdahl coined the acronym FUD (fear, uncertainty and doubt) in 1975.

After leaving IBM to form his own IT company, Amdahl claimed he suffered attacks by IBM sales staff attempting to undermine his new venture.

All of this negative attention isn't good for Android's "open" image, and maybe that's what overcame Rubin's reluctance to speak: too much FUD about Android's future.

Whether or not this FUD is warranted, however, remains to be seen.