Game developer braces for fight with Apple over name 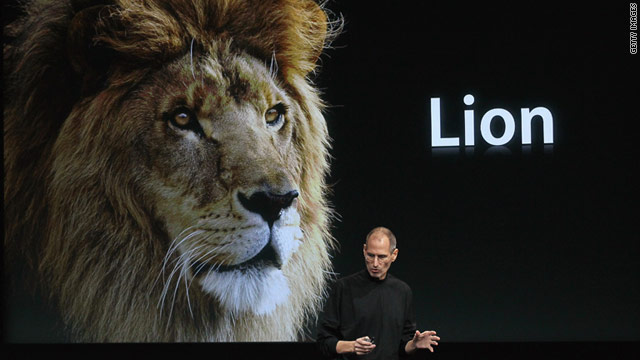 "AirDrop PRO" is the name of the iPhone game that Rendle and his partner, Mirko Kiric, developed and began selling on Apple's App Store in August 2009. In it, players navigate cargo planes and attempt to land crates onto targets below.

The AirDrop that Apple is drumming up interest in isn't Rendle's game.

AirDrop also happens to be the name of a new feature coming in OS X Lion, the next version of the Mac computer platform that Apple says will come out this summer. Rather than cartoon planes and parachuting boxes, this AirDrop is made by Apple and will let people exchange documents between computers wirelessly -- over the air, in tradespeak -- by dragging and dropping files.

Rendle's small game development studio, Cozmo Games, has served more than 400,000 downloads of the AirDrop game, which costs 99 cents and is now on its second version.

Though Apple hadn't come knocking in the two months since pulling the curtains off AirDrop for the Mac, Rendle says he has been on edge. He's concerned the most highly valued technology company in the world, with its mighty legal arm, could try to muscle him out of the name he's been using for nearly two years.

"As yet, Apple has not contacted us regarding the use of the name, and we think they would have by now, given that the new Lion OS will be released in the coming months," Rendle wrote in an e-mail last week. "But if (they) do, there is not a lot we can do. Apple are (sic) notorious for aggressively protecting their trademarks, and there is just no way to out-lawyer them."

Apple has traditionally flexed its legal assets to defend product names, either fighting infringements or cutting deals with trademark owners. An Apple spokesman declined to comment for this story.

Public records don't turn up a trademark filing from Apple for AirDrop. Rendle said he hasn't filed for one either. (The App Store is also home to another game called "Air Drop This.") But Apple does have a history of pursuing alleged violators.

After receiving a legal letter from Apple in 2009, John Devor, CEO of a development studio called Little App Factory, appealed to Apple CEO Steve Jobs via e-mail. He pleaded that Apple reconsider its stance and allow him to keep the name of his program, iPodRip.

"Change your apps name. Not that big of a deal," the Apple co-founder allegedly replied.

IPodRip, a program for extracting music from Apple's music players, eventually rebranded as iRip -- minus the "iPod" trademark.

Software developer Bonobo Labs reported in February that it had received a note from Apple regarding a free app for the Mac called Unretina. Apple owns the rights to the name Retina, for its small, high-resolution screens, and suggested that Bonobo was infringing on those trademarks, the report said.

Because Cozmo appears to have used the name commercially first for its mobile game, the little guy could win favor in a trademark lawsuit, said Polk Wagner, a professor at the University of Pennsylvania Law School. Courts could determine that the words "air" and "drop," in Apple's instance, constitute a "descriptive name" -- like trying to trademark "computer" for a new line of PCs, Wagner said.

But in a court argument, Apple could leverage the fact that it has used "air" in other products, like AirPort, AirPlay and MacBook Air, Wagner said. The company that spends more aggressively in advertising can also gain an edge in trademark disputes, he said.

Guess which that would be.

"I think it's likely (the small developer) would get squashed," Wagner said. "The first 15 things on Google (search) were all Apple-related, and they haven't released the product yet."

While getting overshadowed can seem a punishment in itself, Rendle is optimistic. His "AirDrop" game could even benefit from Apple's new software, he said.

"We would expect that our average downloads will increase once Lion is released, given that people will inevitably be searching for 'AirDrop' and discover our game," Rendle wrote. However, he said he expects that if Apple ports its feature from desktops to mobile, where the AirDrop game has thrived, "I'm sure we'll be hearing from them ... and looking for a new game name," he wrote.

On the flip side, Apple's infatuation with a particular name can bring a payday.

Computer-networking giant Cisco Systems, which owns the trademark for iPhone, sued Apple in 2007 after the announcement of the blockbuster smartphone. They reached an agreement in February, which opened the doors for collaboration between the two behemoths and involved an undisclosed settlement.

Last year, an app developer vented on Web forums about a message he said Apple sent him that urged him to remove his timekeeping utility from the App Store. "We received notice from the trademark owner of FACETIME who has confirmed their ownership of registrations for FACETIME in the U.S. and other countries," wrote BCWood, the developer whose app had existed for about a year without question.

The trademark owner of FaceTime, of course, is Apple.

But when one Facetime suffered, another prospered. To christen Apple's new video-calling service, the tech giant came to an agreement with FaceTime Communications, a communications and security firm that rebranded as Actiance, for rights to the FaceTime name. Terms were not disclosed.

Sometimes, Apple doesn't get its way. In 2006, the company unveiled a set-top box called the iTV. After the British broadcaster by the same name voiced its objections, the Cupertino, California, company released the product under the name Apple TV.

Rendle and Apple finally connected regarding the AirDrop name on Wednesday, but the conversation left many questions open.

An Apple developer relations manager called Rendle to tell him that Apple doesn't own a trademark on the name and is not concerned about overlap, Rendle said. Apple uses generic names for some of its software, such as Mail, Photos and Clock.

But the Apple manager offered the small development team no assurance that things would not change in the future, Rendle said.

"That was very much the response I expected. So, we'll just have to see how big Apple's AirDrop becomes," Rendle wrote. "If it gains traction and is introduced to iOS, I am sure Apple's position will likely change."