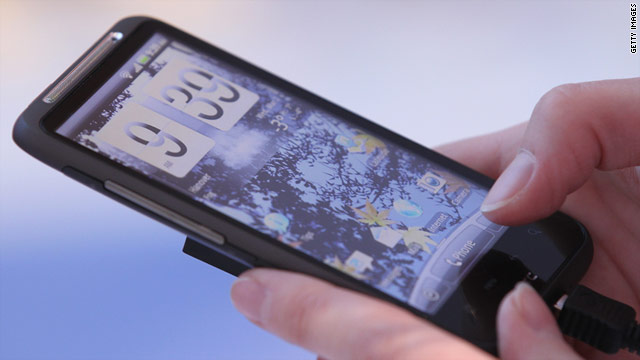 (CNN) -- Given the stunning diversity of Android handsets, it's not surprising that not all Android apps run well on all Android devices. But so far, information about which hardware or version of the Android operating system is required to support specific apps isn't consistently available.

Poorly performing apps can drain your battery and cause other functional problems -- and I've seen this happen on my Android phone.

Motorola CEO Sanjay Jha recently blamed apps for causing performance problems that led to 70% of all Motorola Android device returns, according to PC World. He did not offer proof for this claim, but he noted that while Google removes malware from the Android market, it does not test or label apps for performance -- specifically, power consumption and CPU use.

Jha suggested Motorola's Motoblur app -- originally a social networking hub for Motorola Android devices, but which also collects performance data from phones -- might soon be able to warn Motorola phone users of poorly performing apps. (This might present some privacy and security concerns.)

But for users of other types of Android phones, there are a variety of apps to help you diagnose problems or improve performance, such as Spare Parts (free, no root required) or Droid Overclock ($1.50, rooted phones only).

But for people who really want an Android smartphone, perhaps better information about the kind of hardware and operating system version each app needs for optimum performance might help consumers make better app choices -- and consequently leave them more satisfied with their phones.

On the latest episode of CNET's Android Atlas podcast, hosts Justin Eckhouse and Antuan Goodwin discussed whether minimum requirements lists for Android apps would be a good idea.

"When you download a mobile app, there's nothing saying you need a certain type of processor or a certain amount of memory to run it," Goodwin said.

Goodwin noted that when you buy a game or software to run on a PC computer, it will specify both the minimum and recommended amount of RAM needed -- and without that, the user experience degrades. "But you would have known that going in, so you wouldn't send your computer back to, say, Dell because of that," said Goodwin.

Another complicating factor is that many mobile users aren't aware of, or don't understand, the capabilities and constraints of the phones they buy. This may be especially true of the increasingly common, lower-priced Android handsets (costing less than $100 after rebate, with contract), which appeal to a broader but perhaps less tech-savvy consumer audience.

Often, the tradeoffs manufacturers make to achieve a lower price include slower processors, less memory and older versions of Android.

"A lot of times, consumers don't even know how much memory their phone has," said Goodwin. So perhaps just displaying an app's requirement list might not be sufficiently consumer-friendly.

Eckhouse speculated that since the Android Market already senses which type of phone you're using, if apps came with standardized requirement info, the Market might be able to tell you whether a particular app would probably run well, not so well or not at all on your Android phone. Goodwin wondered whether this might even extend into making recommendations for phone-appropriate apps.

Fragmentation has been a contentious topic among mobile developers since Android devices progressed beyond Google's Nexus One. But DroidGamers.com observes that fragmentation isn't necessarily bad -- it's just part of the mobile landscape:

"The whole hardware fragmentation thing is slightly misunderstood. Hardcore PC gamers have been dealing with this sort of thing for many years. People should look at Android more in the terms of PC gaming while (Apple's) iOS is more like console.

"With iOS everything is set with the hardware and developers program for that hardware. With PC gaming, it is a fairly open range so the newest games require (for the most part) newer hardware. The only difference is that with Android at least we don't have to worry about buying extra RAM, better HDD, heftier graphics cards and so on to play games."

This is just another indication that Android is the Windows of mobile platforms.