Report: More than a third of U.S. adults now own smartphones 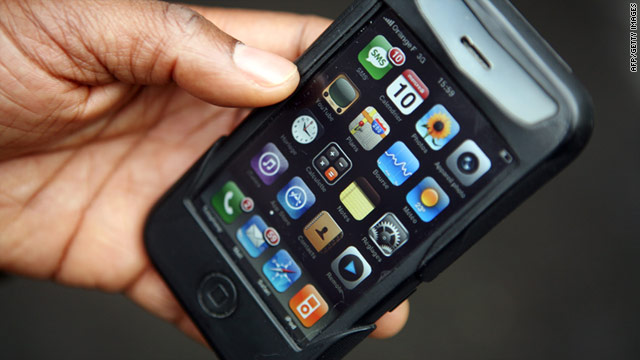 A new study says Android is the most popular smartphone in the U.S. at 35%, followed by BlackBerry and iPhone at 24%.
STORY HIGHLIGHTS
RELATED TOPICS

(CNN) -- According to a new report from the Pew Internet and American Life Project, 35% of U.S. adults own a smartphone.

Since 83% of U.S. adults own a cell phone of any kind, simpler "feature phones" remain the most popular type of mobile device, used by about half of U.S. adults.

Still, smartphones are gaining ground in the U.S. market as wireless providers push them over cheaper, simpler "feature" phones.

Pew's estimate of smartphone ownership is similar to that of comScore, which tracks this statistic monthly. On July 5, comScore reported that about 33% of Americans 13 and older own smartphones. That's up from 27% at the end of 2010.

Given the high cost of most smartphones, it's not surprising that a market sample that includes teens would show a slightly lower percentage of smartphone ownership.

One-third of cell owners (33%) described their phone as a smartphone. But a greater number (39%) specifically indicated that their phone has a smartphone operating system (such as Apple iOS, Android, BlackBerry, Windows or Palm WebOS).

That's interesting: Around 6% of cell owners own what are technically smartphones but don't consider them to be smartphones.

It's possible that BlackBerry users account for much of this disparity -- many BlackBerry devices have notoriously limited Web browsers, and quality Web browsing is widely held to be a central part of the smartphone experience.

How many smartphones are currently in use is one way to measure smartphone market penetration.

The Nielsen Company took a different approach: On June 30, Nielsen announced that smartphones now make up the majority of new U.S. cell phone purchases: "55% of those who purchased a new handset in the past three months reported buying a smartphone instead of a feature phone -- up from 34% just a year ago."

This sounds compelling, but I suspect Nielsen's claim probably overstates the market reality.

If you're using statistics, it's important to understand how the sample group upon which they're based was selected. I asked Nielsen how they found people to survey to produce that statistic.

Nielsen representative Lerdo de Tejada explained: "We survey around 300,000 mobile consumers in the U.S. each year, which works out to about 25,000 each month. These surveys are mostly conducted online with one exception: We survey Spanish-speaking Hispanics via telephone."

Since Nielsen conducts the vast majority of its surveys via the Web, I'm skeptical about their claim that most new U.S. mobile-phone purchases are smartphones.

Feature phones are especially popular in low-income communities and among seniors -- demographics that also tend to be less likely to have the time, equipment, experience and inclination to take a Web-based survey.

So a mostly Web-based survey might well miss a significant portion of feature phone users, and thus understate their role in the mobile phone market.

I asked Nielsen for further clarification, but they simply restated their earlier information.

Beyond market penetration, the Pew report listed some interesting points about how U.S. adults are adopting and using smartphones.

Who's getting smartphones? Not surprisingly, people who are affluent and well-educated are most likely to own one.

African-Americans and Latinos (44% of each) are leading U.S. smartphone ownership; only 30% of whites own a smartphone. (Earlier, I reported that Hispanics lead the U.S. embrace of mobile technology.)

According to Pew, 25% of smartphone users, about 9% of U.S. adults, currently do most of their Web browsing on their smartphone. "Roughly one third of these 'cell mostly' Internet users lack a high-speed home broadband connection." These users also tend to be young, non-white and lower-income.

Only 21% of rural Americans own smartphones, compared with 38% each for urban and suburban Americans. This may reflect the spotty availability of wireless broadband in many rural areas -- an important aspect of the U.S. mobile digital divide.

Which smartphone platform is most popular? According to Pew, Android has a substantial lead, at 35% of U.S. smartphones in use. BlackBerry and iPhone each garnered 24%.