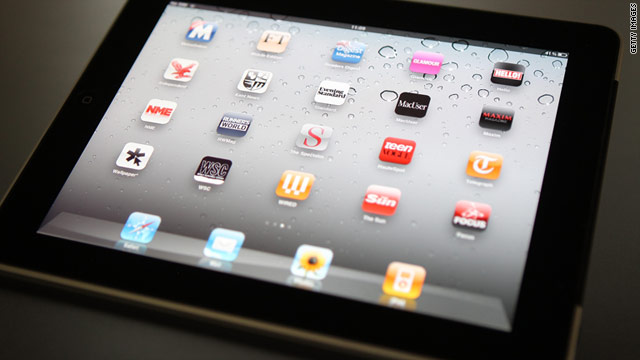 (WIRED) -- We all knew that once Apple starting enforcing new rules for in-app purchases, it would change how media companies do business on the iPhone and iPad.

Now, we're beginning to see just what that looks like for companies trying to avoid giving a 30% cut to Cupertino. Amazon, Kobo and Barnes & Noble all removed the stores from their iOS applications on Monday, as well as any hyperlinks to or mentions of their online stores.

Google Books -- recently announced distribution and retail partner for the new multiplatform Harry Potter e-books -- is simply gone from the App Store, without explanation from either Apple or Google, although possibly a revised app may be forthcoming.

Users of these newly-storeless apps can still download and read all content purchased elsewhere. But the apps are no longer an easy direct or indirect portal for sales, to the chagrin of their developers and some of their customers.

The absence of this portal will hurt some retailers more than others. For readers accustomed to buying content via the web, not much will change. But it reduces the overall functionality of the apps -- booksellers would love to have an easy way to sell new products to customers immediately, based on what they're reading or searching for right then -- and new or less-sophisticated users might find the need to make an end-around via the web browser confusing.

It's an extra bit of friction in an otherwise mostly friction-free experience. And any additional friction for other booksellers clearly strengthens the position of Apple's own iBooks.

"When all is said and done, Apple's iBooks will be the only iOS app that will allow you to buy e-books directly from within the app. But at least Apple has allowed e-reading apps from other companies to remain in the App Store. You can choose to see that as a magnanimous gesture -- or not."

Some history here: when Apple first announced its rules changes in February, it looked like it might wipe out independent e-reading apps altogether.

Any company making purchasable content available via its app was required to also make it available at the same price for in-app purchase through Apple. These terms wouldn't have taken a cut of every book Amazon or Kobo or Barnes & Noble sold-- their own websites would be left untouched -- but many prospective purchasers would never make it out of the app.

And for those sales, Apple's 30% cut would wipe out most or all of the bookstores' profit -- death to a low-margin business like book retail.

Subscription services were even more convoluted. Would anyone pay for a streaming music subscription like Pandora or Spotify through the companies' web sites if they were mostly using the service and encountering it for the first time through its mobile app?

In June, Apple amended its rules. Publishers and retailers can now opt out of Apple's in-app purchases and still sync purchased content. However, they can't link to their own web stores or otherwise set up an independent shop to push sales or subscriptions from within the app.

If the store's on the iPad, it's Apple's store, and Apple gets its cut. That's why Amazon et al had to change their apps today. As we've seen, now that Apple has begun enforcing the new rules, e-book retailers are overwhelmingly opting out.

So, too, are periodicals: yesterday, the Wall Street Journal, one of the handful of newspapers who've had success with paywalls, announced it would also no longer sell content through its iOS apps. The Financial Times announced it would forego the App Store altogether, presenting a slick HTML 5 web app.

Publisher Condé Nast, whose holdings include Wired and The New Yorker, still sells issues of its magazines through their free iPad apps. But after big sales of early issues, the company has also made its iPad editions free for print subscribers -- subscriptions it can sell and advertise easily via the web.

More titles and advertisers will follow. Condé Nast and Flipboard split the revenue. Apple gets nothing -- besides maybe more magazine lovers buying and using its iPads.

It's a mixed strategy, giving multiple paths to both readership and revenue. It's also partly dictated by the fact that Apple has created both a huge opportunity for media companies and erected a partial toll bridge.

We use the metaphor of an ecosystem a lot these days when discussing technology and media -- too often, probably, without thinking -- but in this case, it's remarkably apt:

-- The emergence of the iPad, with its big screen, ease of use and customers ready and willing to pay for content, is like a new food source. The animals flock to it. Dominant species stake their positions, and new ones emerge.

-- But it turns out that this new food source has also helped spawned a new predator that partially defends it. That's Apple's in-app purchasing rules. For a brief time it looked like the predator would wipe out a huge swath of the other species, but now they've struck an uneasy balance.

-- Now all the species are swiftly adapting to the new environment. It won't take long to see which adaptations turn out to be most advantageous in the near-future, but their long-term effects will probably still be unknown for years to come.

With that uncertainty in mind, I'll offer a slightly left-field prediction: Apple's new rules haven't knee-capped Amazon in the slightest. Far from it.

In fact, Apple's given them a gift -- and many other companies too, some of which may not even exist yet. To understand why, you have to read the whole text of Amazon's statement today announcing the changes to its iOS app (emphasis mine):

"We wanted to let you know that we've updated our Kindle app for iPad, iPhone, and iPod touch. The big change is that you can now use the Kindle app to read over 100 Kindle newspapers and magazines including the Economist, as well as share favorite passages from your reading via Facebook and Twitter. In order to comply with recent policy changes by Apple, we've also removed the "Kindle Store" link from within the app that opened Safari and took you to the Kindle Store.

"You can still shop as you always have -- just open Safari and go to www.amazon.com/kindlestore. If you want, you can bookmark that URL. Your Kindle books will be delivered automatically to your iPad, iPhone or iPod touch, just as before."

You could argue that that's just putting lipstick on a pig -- Amazon burying the news that it's killed its Kindle Store link behind some flashy new features.

But I think it's bigger than that. Publishers now have a much better reason to partner with Amazon in addition to or rather than Apple for periodical sales. Periodicals used to be completely absent from Kindle's iOS apps. I'm sure that wasn't Amazon's decision -- publishers didn't need Amazon to easily get their content on the iPad. Now, Amazon looks a lot more attractive.

Also -- sotto voce -- if more customers start using Kindle to read The Economist (or whatever) on the iPad, why wouldn't they read the same media on a future Amazon tablet -- that mythical device that has now unofficially claimed the "Unicorn" mantle the iPad had in 2009?

People love buying things on their iPads, and they don't much care where and how they do it, so long as it's easy and they can find what they want. It's the closest thing we've ever come to having a magazine become a catalog, and a catalog become a store.

That's the lure of selling through Apple -- but not only Apple. With its new rules, Apple's made it somewhat more difficult for anyone selling content for the iPad to do it from the iPad.

Apple is willing to be the portal for those sales, but on its own terms -- and those are tough for most publishers to swallow. They can use their own web sites and control their own destinies, but that's slow and more importantly, cumbersome for customers who would overwhelmingly rather pay for and read content in as small a number of places as possible.

So who wins? Amazon wins -- because it has one web store where you can buy all your newspaper and magazine subscriptions and your books. Flipboard wins -- because it can handle all of the revenue and advertising deals on the back end, where the customer doesn't have to worry about them, and show readers high-quality content from magazines and the web.

Google wins, maybe -- if it can get anyone interested in OnePass and/or sell content to its Android base the way Apple can to its own.

Anyone wins who can provide a unified portal for both customers and publishers to manage content for tablets and crucially, a great experience for readers. Apple may own the app store and the hardware, but that doesn't mean they're the only game in town.