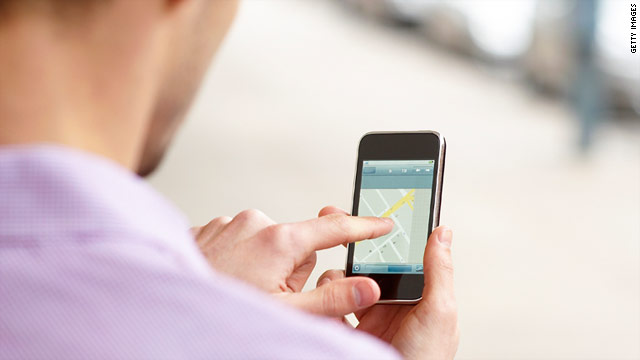 A solar flare on Thursday, one of many expected this year, may disrupt signals to many GPS devices.
STORY HIGHLIGHTS
RELATED TOPICS

(CNN) -- We're nearing the peak of the 11-year solar cycle, so double-check your GPS and watch where you're going.

On Thursday, the sun unleashed a massive solar flare (see video of the flare and how its effects have been moving toward Earth). Solar flares can disrupt radio communications, including devices that use Global Positioning System technology, such as cell phones, airplanes and car navigation systems.

So if you're relying on your GPS for driving directions, to find your location on your phone's mapping tool or for any other purpose, have a backup navigation system handy, such as a printed map.

Even more important, pay close attention to where you are and where you're going. Don't rely solely on your GPS to give you directions.

In 2006, research from Cornell University proved that solar flares can cause GPS devices to lose signal. This can cause these devices to temporarily misrepresent your location or otherwise malfunction.

"If you're driving to the beach using your car's navigation system, you'll be OK. If you're on a commercial airplane in zero visibility weather, maybe not," said Paul Kintner Jr., head of Cornell's GPS Laboratory. In fact, the Cornell researchers warned in 2006 that 2011 would probably see lots of GPS disruption.

This week, National Geographic reported: "Under the right conditions, solar storms can create extra electrical currents in Earth's magnetosphere -- the region around the planet controlled by our magnetic field. The electrical power grid is particularly vulnerable to these extra currents, which can infiltrate high-voltage transmission lines, causing transformers to overheat and possibly burn out."

Across the nation, electric utilities and grid operators are preparing to respond to such problems.

John Bogdan, director of the National Oceanographic and Atmospheric Administration's Space Weather Prediction Center, told The Associated Press that a number of such blasts is expected over the next three to five years -- and the biggest flares are yet to come. On a scale of one to five, he likened this week's flare to "probably a two or three."

This week's flare (called a "coronal mass ejection") registered M9.3 on the "Richter scale of flares," about the highest level in the "medium" category. Larger flares that fall into the "X" category can cause global radio blackouts, but large M-class flares also can cause radio disruptions.

This is one of a series of recent bouts of severe space weather, as the solar cycle approaches solar maximum in 2013. Other major flares came in February and June, and more may follow. A good place to follow solar activity is SpaceWeather.com.

In the meantime, keep those maps handy.